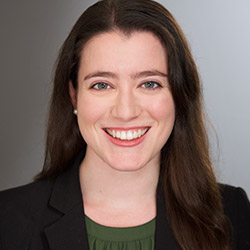 An associate in the Litigation Department, Elyssa Abuhoff has represented clients in civil, criminal and appellate matters in state and federal courts, including class action matters. Elyssa recently completed an 18-month secondment at the Manhattan District Attorney’s office, where she served as a Special Assistant District Attorney on the investigations relating to Donald J. Trump and was one of the six prosecutors recognized as “Litigators of the Week” by The American Lawyer for winning a guilty verdict on all 17 counts in the DA’s tax fraud trial against two Trump Organization entities. At Brooklyn Law School, Elyssa was a notes editor of the Brooklyn Law Review and won an award for best brief during the international round of a competition focused on media law and free expression.