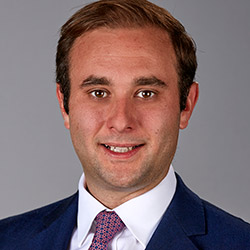 Adam Wollstein is a partner in the Corporate Department, based in the firm’s London office. His practice focuses on cross-border M&A and finance transactions, particularly in the private equity space. Adam has represented private equity firms on a broad range of complex, cross-border M&A as well as general corporate matters. In addition, Adam has extensive experience working for both private equity and corporate issuers, as well as underwriters on their high yield bond offerings, initial public offerings and other corporate finance transactions.
Adam has experience in transactions across a wide range of European jurisdictions, including Germany, Italy, the Netherlands, Spain and the United Kingdom, among others. Prior to law school, Adam was a Fulbright Fellow in Germany.

Adam’s recent announced transactions include the representation of:

Silver Lake to Acquire Grupo BC

Silver Lake to Acquire Grupo BC

Paul, Weiss is advising global private equity firm Silver Lake in its acquisition of Grupo BC, the leading mortgage management, legal and digital services provider to the financial sector in the Iberian Peninsula and Latin America.

Paul, Weiss is representing BC Partners portfolio company United Group, the leading provider of telecommunications services and media in southeast Europe, in its acquisition of telecoms operator Wind Hellas from Crystal Almond…

Paul, Weiss advised General Atlantic in its Series C investment in Mollie, one of the fastest-growing payment service providers (PSPs) in Europe.

Paul, Weiss advised funds managed by affiliates of General Atlantic LLC in connection with the Series C Investment in Fresha, a worldwide booking platform for salons and spas.

KKR to Invest in Cegid

KKR to Invest in Cegid

Paul, Weiss is representing KKR in its acquisition of a minority stake in Cegid, a leading provider of business management software solutions, at an enterprise value of €5.5 billion

Paul, Weiss is representing KKR in connection with TA Associates’ minority investment in Söderberg & Partners, a leading non-bank provider of wealth management and corporate insurance services in the Nordic region and the…

Paul, Weiss is representing KKR in connection with Silver Lake’s minority investment in Exact, a leading provider of business and accounting software in the Benelux region.

Corporate partner Adam Wollstein is shortlisted for the Financial Times Innovative Lawyers Europe 2021 awards in the “Practice of Law” category.