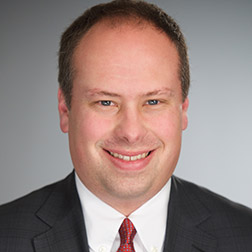 A partner in the Finance Group of the Corporate Department, Austin Witt represents creditors, major corporations, distressed investors, direct lenders and sponsors in a wide range of restructurings, liability management transactions and other high yield financing transactions, with a particular focus on advising clients on distressed transactions. Austin regularly works alongside attorneys in the Paul, Weiss Restructuring Department on some of the largest and most sophisticated restructuring transactions in the world. Austin also has significant experience with acquisition financings and regularly advises sponsors and major corporations in connection with significant corporate acquisitions.

Austin was a member of The University of Chicago Law Review and was elected to the Order of the Coif.

Paul, Weiss advised Templar Energy LLC, an Oklahoma City-based, independent upstream oil and gas company, in the sale of substantially all of the company's assets to Presidio Investment Holdings LLC as part of Templar’s successful…

Paul, Weiss is representing an ad hoc group of noteholders in connection with the prearranged restructuring of Hi-Crush Inc. and 21 of its subsidiaries.

Paul, Weiss is advising Templar Energy LLC, an independent upstream oil and gas company, in its chapter 11 case, in the U.S. Bankruptcy Court for the District of Delaware.

Paul, Weiss is representing the ad hoc group of noteholders in connection with the chapter 11 cases of LSC Communications Inc. and 21 affiliates.

Paul, Weiss is representing an ad hoc committee of noteholders of Whiting Petroleum Corporation in Whiting’s restructuring cases. Whiting has commenced voluntary chapter 11 cases in the U.S. Bankruptcy Court for the Southern District…

As market reaction to the coronavirus outbreak leads to declining trading prices for bank loans and notes, many debt issuers and their private equity sponsors are considering repurchasing their outstanding debt to capture discount. We …

Paul, Weiss is representing Endemol Shine Group and funds managed by affiliates of Apollo Global Management, Inc. in the acquisition of Endemol Shine, which is co-owned by The Walt Disney Company and the Apollo funds, by France-based…

Paul, Weiss advised an ad hoc committee of creditors in connection with the successful reorganization of Pacific Drilling S.A. pursuant to a chapter 11 plan.

Paul, Weiss is representing global leader in business communications Mitel Networks Corporation in its acquisition by an investor group led by affiliates of Searchlight Capital Partners, L.P. in an all-cash transaction valued at…

Paul, Weiss represented oilfield services company Expro Holdings US Inc. and certain of its affiliates in connection with their prepackaged chapter 11 plan, which was approved by Judge David Jones of the Bankruptcy Court for the…

Paul, Weiss is representing oilfield services company Expro Holdings US Inc. and certain of its affiliates in connection with their “prepackaged” chapter 11 cases in the Bankruptcy Court for the Southern District of Texas.

As reported in The Wall Street Journal, Bloomberg and other media outlets, Paul, Weiss is acting for Oak Hill Capital Partners in its acquisition of Checkers Drive-In Restaurants Inc. from Sentinel Capital Partners.