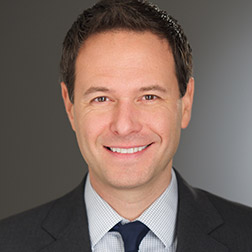 Brian Scrivani is a partner in the Corporate Department and a member of the firm’s Mergers and Acquisitions Group and Private Equity Group. Brian advises private equity firms and public and private clients, with his practice focusing on leveraged buyouts and other private equity transactions, public company acquisitions, sales and divestitures and mergers-of-equals. Brian also advises boards of directors and special committees on corporate and securities law, fiduciary matters and corporate governance matters, including unsolicited offers, proxy contests and other activist defense matters.

Brian was also involved in numerous notable transactions prior to joining Paul, Weiss, including advising:

Paul, Weiss is advising funds managed by affiliates of Apollo Global Management, LLC in their acquisition of the Cox Media Group’s radio station portfolio, as well as the CoxReps and Gamut national advertising businesses of Cox…

CSRA to Be Acquired by General Dynamics for $9.6 Billion

CSRA to Be Acquired by General Dynamics for $9.6 Billion

Paul, Weiss represented a special committee of the  Pilgrim’s Pride Corporation’s board of directors in its acquisition of Northern Ireland-based poultry and processed food producer Moy Park from Brazilian meat company JBS S.A. for an …

Corporate partner Brian Scrivani was profiled in The Dealmaker Quarterly as one of the brightest newcomers to the ranks of M&A partners at major law firms.