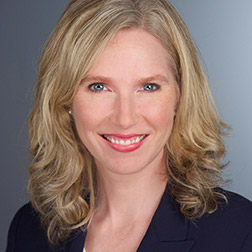 As counsel in the Entertainment Department, Carolyn J. Casselman is engaged in representing individuals and companies in all aspects of the entertainment industry, including film, television, publishing, music, digital platforms and live stage. Her practice covers a range of matters such as advising financiers in connection with film and live stage investments, representing producers in the acquisition of underlying material for exploitation in a variety of media, negotiating collaboration and publishing agreements on behalf of authors, publishers and celebrity personalities, and representing directors, designers, writers, rightsholders and producers in all manner of live stage, motion picture and television transactions.

Ms. Casselman is an adjunct professor in the MFA program at Columbia University School of the Arts, and has guest lectured at Columbia Law School and Brooklyn College.

How to Produce and Perform:  A Guide to Audio-Visual and Live Stage Licensing and Acquisition, International Intellectual Property Institute (2007)

Waltzing with the Muse or Dancing with the Devil: Enhancement Deals Between Nonprofit Theatres and Commercial Producers, 27 Colum. J.L. & Arts 323 (2004)

May 2014:  Association for Corporate Growth New Jersey, Women of Leadership:  The Business of Broadway

May 2014:  Volunteer Lawyers for the Arts: Visual Art and Theatre Law Essentials

Paul, Weiss is representing Endemol Shine Group and funds managed by affiliates of Apollo Global Management, Inc. in the acquisition of Endemol Shine, which is co-owned by The Walt Disney Company and the Apollo funds, by France-based…

Paul, Weiss is advising the special committee of the board of directors of CBS Corp. in its merger with Viacom to form ViacomCBS Inc.

Paul, Weiss is advising funds managed by affiliates of Apollo Global Management, LLC in their acquisition of the Cox Media Group’s radio station portfolio, as well as the CoxReps and Gamut national advertising businesses of Cox…

In a deal bringing together two of sports’ largest multimedia rights and sponsorship businesses, Paul, Weiss represented IMG College, the collegiate division of Endeavor, in its merger with Learfield.

Entertainment counsel Carolyn Casselman was a panelist at a CLE event sponsored by the Volunteer Lawyers for the Arts and hosted by Paul, Weiss.

Entertainment counsel Carolyn Casselman appeared as a featured guest on the OHenry Report, a podcast about the business of theater on the theatre news site Broadway World.

IMG College and Learfield to Merge

IMG College and Learfield to Merge

In a deal bringing together two of sports’ largest multimedia rights and sponsorship businesses, Paul, Weiss is representing IMG College, the collegiate division of WME | IMG, in its merger with Learfield.

Paul, Weiss is representing certain noteholders of Mood Media Corporation, including funds managed by affiliates of Apollo Global Management, LLC and funds advised or sub-advised by GSO Capital Partners LP or its affiliates, in…

TouchTunes and PlayNetwork to Merge

TouchTunes and PlayNetwork to Merge

Paul, Weiss client Sequential Brands, owner of Martha Stewart Living Omnimedia, announced an agreement with Meredith Corporation, under which Meredith will assume the editorial and operational teams of the Martha Stewart…

Paul, Weiss client Discovery Communications LLC announced an amendment to its relationship with Hasbro, Inc. with respect to HUB Television Networks LLC, their cable television joint venture which operates The HUB Network in the…

Paul, Weiss client William Morris Endeavor Entertainment and Silver Lake announced the official closing of the acquisition of sports and media company IMG Worldwide. Terms of the transaction were not disclosed.

Panel: Carrie Casselman Speaks on "The Business of Broadway”

Panel: Carrie Casselman Speaks on "The Business of Broadway”

Entertainment counsel Carrie Casselman participated on a panel titled "The Business of Broadway" May 6, at the New Jersey chapter of the Association for Corporate Growth's Women of Leadership event. She was joined on the panel by …

This article provides an overview of copyright termination and key issues encountered by successors.