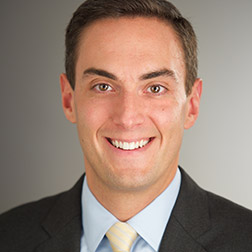 Christopher D. Frey, a former federal prosecutor, a partner in the Litigation Department, and Head of the firm’s Tokyo office, focuses his practice on white-collar and regulatory defense, government and internal investigations, and related high-stakes litigation.

Chris’s current and recent representations include:

Chris previously served for over six and a half years as an Assistant U.S. Attorney in the Criminal Division of the U.S. Attorney’s Office for the Southern District of New York. There, he was a member of the Securities & Commodities Fraud Task Force and the Complex Frauds and Cybercrime Unit. Chris investigated and prosecuted a wide array of complex white-collar matters, including FCPA violations, insider trading, accounting fraud, market manipulation, investment advisor fraud, money laundering, intellectual property and cybercrimes, and criminal tax offenses. During his tenure as a prosecutor, Chris was the lead trial lawyer in numerous jury trials, and he has substantial appellate experience, having briefed and/or argued over a dozen appeals before the U.S. Court of Appeals for the Second Circuit. Chris is a recipient of the U.S. Department of Justice’s John Marshall Award for Outstanding Legal Achievement.

From 2014 to 2015, Chris served as Associate Counsel in the Office of the White House Counsel under President Barack Obama. In that capacity, Chris helped develop and execute the White House’s response to various Congressional investigations, and provided legal and strategic advice to White House staff and Executive Branch officials on compliance, oversight, and risk management issues.

Chris has previously served on both the New York City Bar Association’s Criminal Advocacy Committee and its Judiciary Committee, which reviews and evaluates all judicial candidates for the federal and state courts in New York City.

Chris served as a notes editor for the Stanford Law Review. He is registered as a gaikokuho jimu bengoshi in Japan.

UAE-based Mashreqbank, PSC recently reached a $100 million multi-agency resolution with the New York DFS, the Fed and OFAC concerning violations of the now-repealed Sudan-related sanctions. The monetary penalty is the highest in a…

The FATF recently added Turkey to its “Gray List”—a list of countries that FATF has determined to have “strategic deficiencies” in their anti-money laundering (AML) and counter-terrorism financing (CFT) laws and regulations.

OFAC announced a settlement with the company for allowing persons in sanctioned jurisdictions and on OFAC's SDN List to engage in transactions.