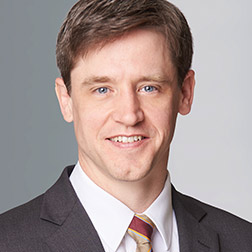 A counsel in the Antitrust Group, Dan Howley advises clients on antitrust matters, including litigation, mergers and acquisitions, and civil and criminal investigations by the U.S. Department of Justice and the Federal Trade Commission. He also has significant experience in commercial litigation involving contractual disputes, business torts and shareholder class action and derivative claims.

The Cigna/Express Scripts transaction was nominated for “Merger Control Matter of the Year – Americas” at the 2019 Global Competition Review Awards. Similarly, the defense of Nestlé USA in the Chocolate Confectionary Antitrust Litigation was nominated for 2015 “Litigation of the Year - Cartel Defence.” The defense of the US Airways/American Airlines merger won the Matter of the Year Award at the 2014 Global Competition Review Awards.

Dan received a J.D. from the University of Pennsylvania Law School and an undergraduate degree in Electrical Engineering and Physics from Duke University. He has been named a “Rising Star” in Washington, D.C., by Super Lawyers Magazine multiple times and has been recognized in The Legal 500 for his “excellent” work on merger control matters. He has authored multiple articles and speeches on antitrust topics such as merger litigation strategy and patent reverse payment settlement agreements.

Today the Antitrust Division of the U.S. Department of Justice published an updated Merger Remedies Manual, which recognizes that “in some cases a private equity purchaser may be [a] preferred” purchaser of divestiture assets.” The…

Paul, Weiss advised ADT Inc. in a $450 million investment from Google in connection with the companies’ establishment of a long-term commercial partnership to create the next generation of smart home security offerings.

On June 30, the DOJ and Federal Trade Commission issued final vertical merger guidelines that provide executives, dealmakers and their advisors with important insight into how the federal agencies are likely to evaluate a deal with…

The Department of Justice (DOJ) announced that a Florida oncology group has agreed to pay a criminal penalty of $100 million, which is the statutory maximum amount, to resolve a charge that it conspired with a competing group to enter …

February was a particularly active month for the Federal Trade Commission, which sued to block three mergers and settled a matter involving issues of market allocation and board interlocks. The Department of Justice also had an active …

Dan Howley to Participate in Webcast on Antitrust Merger Enforcement

Dan Howley to Participate in Webcast on Antitrust Merger Enforcement

Litigation counsel Dan Howley will participate in a live webcast produced by The Knowledge Group.

Late Friday, the Department of Justice (DOJ) and Federal Trade Commission (FTC) issued draft vertical merger guidelines for public comment. The guidelines provide important insight for business people and their advisors into how the…

The U.S. federal antitrust enforcement agencies had an active month in December.

In November, there were several significant developments at the U.S. federal antitrust enforcement agencies.

Paul, Weiss is advising Cigna Corporation on the regulatory clearance of the $6.3 billion sale of its group life and disability insurance business to New York Life.

In October, a court in New York dismissed claims in an antitrust suit involving patent settlement agreements and a court in Northern California denied a motion to certify a damages class in a suit alleging unlawful tying of hospital…

September was another active month in antitrust enforcement and litigation.

In August, there were several developments in private litigation cases, including notable decisions at both the district and circuit court levels denying class certification because of the presence of uninjured class members.

DOJ Announces First-Time Use of Arbitration to Resolve Merger Challenge

DOJ Announces First-Time Use of Arbitration to Resolve Merger Challenge

Today, the Antitrust Division of the United States Department of Justice (DOJ) announced that it has agreed with the parties to a proposed acquisition to use binding arbitration “to resolve the dispositive issue” of product market…

In July, the Antitrust Division of the Department of Justice (DOJ) announced a significant change in how it will treat corporate antitrust compliance programs.

In June, the United States Department of Justice (DOJ) and the European Commission (EC) both announced fines for violations of the agencies’ respective merger reporting-and-waiting requirements for transactions which resulted in Canon …

In May, the United States Supreme Court handed down its decision in Apple v. Pepper, holding that the Court’s 1977 decision in the Illinois Brick case did not bar app purchasers from suing Apple because, according to the Court, app…

In April, the multi-venue merger litigation between the Federal Trade Commission (FTC) and paint pigment suppliers Tronox Limited and Cristal moved toward a resolution: the deal parties agreed with the FTC to divest pigment…

In March, there were several developments in private antitrust litigation, including several notable cases in which defendants succeeded in winning dismissal.

In February, the much-anticipated decision in the AT&T-Time Warner merger appeal was handed down.  The appeals court found that the district court did not err in denying the Department of Justice’s (DOJ) request to enjoin the…

In January, there was a notable scarcity of news from the Antitrust Division of the Department of Justice (DOJ) and the Federal Trade Commission (FTC) because of the U.S. federal government’s lapse in appropriations.

In our December Antitrust Month in Review, we discuss, among other things: the impact of the federal government shutdown on the work of the FTC and the Antitrust Division of the DOJ and more.

In November, the Antitrust Division of the Department of Justice (DOJ) published its previously announced model voluntary request letter and model timing agreement to be used in connection with merger investigations it conducts. The…

Spectrum Brands to Sell GAC to Energizer for $1.25 Billion

Spectrum Brands to Sell GAC to Energizer for $1.25 Billion

Farelogix to Be Acquired by Sabre

Farelogix to Be Acquired by Sabre

Paul, Weiss is representing Farelogix in its sale to Sabre Corporation. Farelogix is a leader and innovator in the travel industry, with technology that is modernizing the airline commerce and distribution landscape.

This past month, U.S. federal antitrust agencies required divestiture remedies in several deals before allowing them to proceed without an enforcement challenge.  Remedies generally involved the divestiture of standalone business…

Paul, Weiss is advising Cigna Corporation in the regulatory aspects of its pending acquisition of Express Scripts Holding Company.