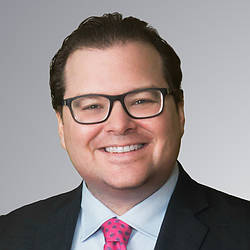 Some of David's recent matters include:

Mergers and Acquisitions and Equity Investments

The SEC has proposed significant new rules that, fundamentally, aim to treat de-SPAC transactions more like IPOs and could have a profound impact on SPACs. Among other things, the proposed rules would impose new liabilities in…

Paul, Weiss is advising SVF Investment Corp. 3, a special purpose acquisition company (SPAC) sponsored by an affiliate of SoftBank Investment Advisers, in its merger with Symbotic LLC, an A.I.-enabled technology platform for the…

Paul, Weiss is advising special purpose acquisition company Pine Technology Acquisition Corp. in its merger with The Tomorrow Companies Inc. (Tomorrow.io), the developer of a leading platform for global weather and climate security.

Qualcomm and SSW Partners to Acquire Veoneer in $4.5 Billion Deal

Qualcomm and SSW Partners to Acquire Veoneer in $4.5 Billion Deal