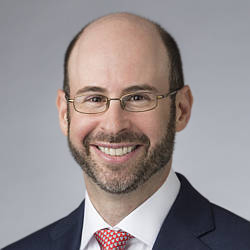 A counsel in the Litigation Department, David Kessler is a former federal prosecutor and experienced trial and appellate lawyer. He focuses on a variety of litigation and regulatory matters, including white collar matters, cybersecurity matters, complex business litigation, internal investigations and regulatory enforcement proceedings.

During his seven-and-a-half-year tenure as an Assistant U.S. Attorney in the Eastern District of New York, David served as director of the office’s Cybercrime Task Force and as a senior member of the National Security and Cybercrime Section, handling some of the office’s most significant and high-profile criminal investigations and prosecutions. David was a principal architect of the government’s investigation and prosecution of Huawei Technologies Co. and its CFO, cases that involved allegations of financial fraud against four international financial institutions, intellectual property crimes, money laundering and sanctions violations, as well as a two-year extradition litigation in Canada, among other matters. He received the National Intelligence Meritorious Unit Citation from the U.S. Director of National Intelligence related to the Huawei investigation.

As Director of EDNY’s Cybercrime Task Force, David helped to build the office’s cybercrime practice, and he both led and supervised investigations and prosecutions related to ransomware attacks, insider threats and other compromises of U.S. companies, including investigations related to cryptocurrency. Since 2018, David has also taught a “Cybercrime” seminar at New York Law School, and he has been asked to speak to representatives of companies and law firms about how cybercrime victims can work with government investigators.

In addition to the Huawei prosecution, David’s other public matters at EDNY included:

On a pro bono basis, David has argued appeals in the First Department of the Appellate Division in New York State and represented clients in unemployment insurance hearings and asylum proceedings.

Before joining the firm, David served as a law clerk for the Honorable Douglas H. Ginsburg of the United States Court of Appeals for the D.C. Circuit. David also previously worked as a business analyst at a global management consulting firm.

On November 2, Paul, Weiss, alongside the City Bar Justice Center and BNY Mellon, hosted a legal clinic for 10 pro se litigants, i.e., litigants who are not represented by an attorney, who have cases pending in the Eastern District of …

The DOJ recently announced obstruction of justice, money laundering and other charges against 13 individuals in three PRC espionage cases in which, among other things, the DOJ alleged that agents of the PRC bribed a U.S. government…