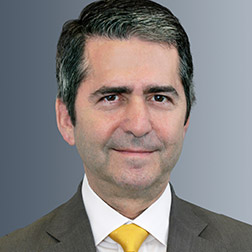 A partner in the Litigation Department, David M. Bernick is a nationally renowned trial lawyer and strategist, having acted as lead trial counsel for major U.S. and international corporations in the chemical, tobacco, technology and life sciences industries for 40 years. His experience spans complex class action and other aggregated litigation, mass torts and product liability, antitrust and competition, business restructuring and reorganization, mergers and acquisitions, corporate governance, securities and criminal environmental litigation.

David’s recent matters include representation of:

Prior to joining Paul, Weiss, David delivered major trial wins and other significant results for various A-list clients. Among his high-profile victories are the acquittal of W.R. Grace & Co. and three of its executives before a Montana jury in a landmark environmental prosecution brought by the federal government. The W.R. Grace case is believed to be the largest criminal environmental prosecution ever. He has scored trial victories in a wide variety of matters on behalf of Dow Chemical Company, ABB Ltd., Brown & Williamson, Dow Corning, Babcock & Wilcox Company, National Lead Company of Ohio and other clients. Other significant and successful representations include defending Dow Chemical Company in connection with its acquisition of Rohm & Haas, Apple in class action litigation concerning the iPod, Philip Morris USA in a nationwide class action involving “light” cigarettes, Abbott Laboratories in weight-loss drug litigation and Imperial Tobacco of Canada in a multi-billion fraudulent conveyance case.

David also has served as general counsel to Philip Morris International, where he handled a variety of complex commercial matters, including internal investigations regarding potential FCPA concerns, allegations of corporate misconduct, and regulatory compliance issues regarding consumer marketing practices, pricing and drug approval.

David has been repeatedly recognized as one of the nation’s preeminent trial lawyers. In 2016, David was named the winner in the “Litigation: Business Trial Lawyers” category of the 2016 Chambers USA Awards. Chambers USA noted that he is “widely acclaimed as a consummate trial lawyer” with “phenomenal courtroom prowess.” David also has been recognized as a leading US trial lawyer (Band 1) by Chambers Global, where he is touted for his experience as a “tremendous” product liability advocate. This echoed his 2007 national Chambers award for Excellence in Product Liability. In 2016, he was recognized by Benchmark Litigation as a "Litigation Star" for his national general commercial and product liability practices and has been described as a “well-seasoned, bet-the-company litigator,” who is a “gifted trial lawyer” and a “top competitor.” The 2015 edition of The Legal 500 also recognized David for his product liability and mass tort defense practice in the areas of consumer products, including tobacco. He has been consistently ranked in The Best Lawyers in America for his work in commercial litigation.

David is a past member of the Federal Judicial Conference Standing Committee on Rules of Practice and Procedure.

Paul, Weiss prevailed in a high-stakes False Claims Act damages lawsuit against our client, JM Eagle, when a judge issued a judgment as a matter of law and dismissed the case.

Litigation partner David Bernick spoke on a panel at the New York University School of Law’s conference “The Opioid Epidemic.”

In an opinion piece for The National Law Journal, “Are Existing Civil Procedure Rules Limiting the Fair Adjudication of MDLs?” litigation partner David Bernick discusses the Federal Rules of Civil Procedure in the context of today’s…

David M. Bernick has joined Paul, Weiss as a partner in its litigation department, resident in New York.

Litigation partner David Bernick was named the winner in the "Litigation: Business Trial Lawyers" category of the 2016 Chambers USA Awards.