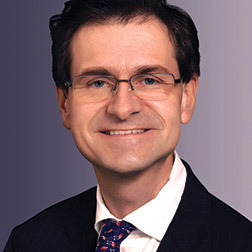 Hans-Günther Herrmann is counsel in the Corporate Department and is based in the Hong Kong office. Hans focuses his practice on mergers and acquisitions and commercial transactions in regulated industries across Asia, and has particular experience in the insurance, telecommunications, information technology and media industries in China.

Selected transactions Hans has been involved in recently include advising:

Hans is fluent in English, Mandarin, French and German. He is admitted to practice law in California and Paris.

Corporate counsel Hans-Günther Herrmann gave a seminar to the French Chamber of Commerce and Industry in Hong Kong entitled “Foreign Investment in China in the time of the Trade War.”

Corporate counsel Hans-Günther Herrmann gave a seminar to the French Chamber of Commerce and Industry in Hong Kong on China’s regime for foreign investments.

Chinese media have recently reported delays in remittance of funds for outbound direct investment transactions, as well as certain other forms of repatriations of funds out of China due to enhanced enforcement of foreign exchange…

Corporate counsel Hans-Günther Herrmann gave a seminar to the French Chamber of Commerce and Industry in Hong Kong on recent trends and developments in China's Foreign Direct Investment and Foreign Invested Enterprises reforms.

On January 19, 2015, the PRC Ministry of Commerce released a draft Foreign Investment Law (the "Draft Law") for public comment. The Draft Law proposes to replace the current foreign investment regime with a new system and also…

Paul, Weiss client KPS Capital Partners announced that, through a newly formed affiliate, it has entered into definitive agreements to acquire Electrical Components International, Inc. and its affiliates. Completion of the…

Paul, Weiss client Clarion Capital Partners announced that it has agreed to acquire the pen and accessory business of A.T. Cross Company. Cross pens and related accessories have been standard-issue gifts for graduates for more than…