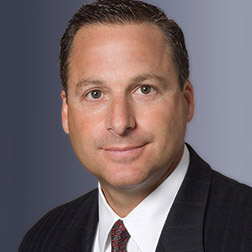 Jeff has been recognized by Chambers USA, The Legal 500, The Best Lawyers in America and IFLR1000. Clients hail Jeff as the “quintessential deal lawyer,” noting his “extraordinary commerciality” and “levelheaded, smart and practical” approach to cases. He was also named in Lawdragon’s inaugural list of “500 Leading U.S. Bankruptcy & Restructuring Lawyers.” He has written and lectured on numerous bankruptcy topics, including chapters in Settlement Agreements in Commercial Disputes (“Bankruptcy Law and Risk Considerations”) and The Law and Practice of Restructuring in the UK and US (“Venue and Forum Selection in the US and UK”). He has also co-written numerous articles, including “Get Your Priorities Straight” (International Financial Law Review), “When Second Lien Lenders Break Their Silence” (New York Law Journal) and “Equitable Subordination: Good-Faith Transferees Beware” (American Bankruptcy Institute Journal). Jeff has also spoken on panels and participated in conferences sponsored by a variety of organizations including the Association of Insolvency & Restructuring Advisors, Bloomberg, the Wharton School and the New York City Bar Association.