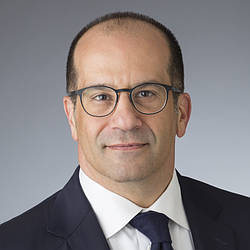 Jeffrey Kochian is a partner in the Corporate Department and a member of the firm’s Mergers & Acquisitions Group and Private Equity Group. Jeff’s practice focuses on private equity firms, portfolio companies and other private and public companies on mergers, acquisitions, sales, joint ventures and other complex transactions. He also represents public companies and private funds on corporate governance, fiduciary and securities issues and shareholder activism and defense.

Jeff’s other corporate/governance experience has included:

Jeff has been widely recognized by a number of industry publications including Chambers USA, The Legal 500, IFLR1000 and M&A Advisor, among others, for his work in M&A and shareholder activism.

Jeffrey Lazard Kochian and Gerald Brant have joined the firm as partners in the Corporate Department.