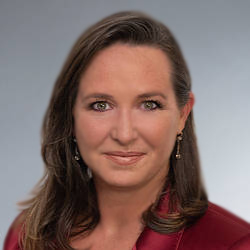 A partner in the Litigation Department, Julia Tarver Mason Wood handles a wide array of matters, including product liability, securities, bankruptcy, patent, and antitrust litigation. She has also done pro bono work in the area of the death penalty.

A courtroom veteran, Julia has conducted or participated in trials in federal and state courts around the country. She has tried multiple jury, bench, and arbitration cases to verdict, while helping to settle others on the eve or in the midst of trial. In addition, she has argued complex appellate matters before U.S. courts of appeal.

Julia’s opinions have been sought by numerous television news programs and respected magazines, newspapers and journals, including The Washington Post, The New York Times, the Los Angeles Times, American Lawyer, the New York Law Journal, CBS News and Fox News, among others. She is a frequent public speaker at various bar association events, including at American Bar Association conferences, the American Society of International Law, the Association of the Bar of the City of New York, Columbia Law School and others.

Julia served as managing editor of the Columbia Law Review, was a Harlan Fiske Stone Scholar and was awarded Columbia Law School’s two highest prizes for trial advocacy. She is a former secretary of the New York City Bar Association’s Committee on Capital Punishment. In 2000, Julia received the New York State Association of Criminal Defense Lawyers’ Gideon Award for her representation of attorneys in a lawsuit challenging New York’s capital counsel fees. She has since been honored for her pro bono representation of detainees held at the U.S. Naval Station at Guantanamo Bay, Cuba.

The D.C. Diversity Committee hosted Paul Butler, one of the nation’s most frequently consulted scholars on issues of race and criminal justice, for a conversation with litigation partner Julia Tarver Mason Wood and litigation…

Paul, Weiss achieved a significant victory for XPO Logistics, Inc. and its Chairman and CEO Bradley Jacobs when the U.S. District Court for the District of Connecticut dismissed, with prejudice, a securities class action alleging that …

Paul, Weiss is representing an ad hoc group of first-lien lenders in the chapter 11 cases of cable provider Frontier Communications Corp. Frontier announced that its $11 billion plan of reorganization had been confirmed by the U.S.…

Paul, Weiss is representing Diamond Offshore Drilling, Inc. and select subsidiaries in their voluntary chapter 11 petitions, filed in the U.S. Bankruptcy Court for the Southern District of Texas.

Along with a collection of other states, New York has taken action to shield health care providers from liability arising from the difficult medical decisions presented by the pandemic.