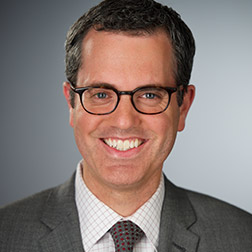 Justin Rosenberg is a partner in the Corporate Department and a member of the firm’s Mergers & Acquisitions Group. Justin’s practice focuses on mergers and acquisitions, corporate and securities law and corporate governance issues. He has extensive experience in public and private company acquisitions, divestitures, cross-border transactions, private equity transactions, securities offerings and corporate governance matters. Justin is recognized by The Legal 500 as a recommended lawyer in private equity buyouts.

Justin was also involved in numerous notable transactions prior to joining Paul, Weiss, including advising:

Paul, Weiss is representing Univision Holdings, Inc. in its combination with the content and media assets of Mexico-based Grupo Televisa, S.A.B., creating the largest Spanish-language media company in the world.

Paul, Weiss advised Searchlight Capital Partners, LP in its acquisition, alongside ForgeLight LLC, of a majority stake in Univision Holdings, Inc., the leading Hispanic media company in the U.S.

The court held that two minority stockholders did not effectively become controllers of a company by rolling over their shares in a going-private merger with the company’s majority stockholder.

Is the Coronavirus a Material Adverse Effect?

Is the Coronavirus a Material Adverse Effect?

Currently, the impacts of the coronavirus (COVID-19) would not likely trigger the typical MAE termination right. However, this may change depending on the outbreak’s duration, disproportionate industry or company impacts and whether…

The Medicines Company to Be Acquired by Novartis in $9.7 Billion Deal

The Medicines Company to Be Acquired by Novartis in $9.7 Billion Deal

Paul, Weiss client The Medicines Company, a biopharmaceutical company focused on developing treatments for atherosclerotic cardiovascular disease, closed a public offering of 5,227,273 shares of its common stock at a public offering…

Apollo to Acquire Shutterfly and Snapfish

Apollo to Acquire Shutterfly and Snapfish

Avon to Be Acquired by Natura & Co in $3.7 Billion Deal

Avon to Be Acquired by Natura & Co in $3.7 Billion Deal

Paul, Weiss is representing the independent directors of Avon Products, Inc. in Avon’s all-stock acquisition by Natura & Co. Upon completion of the transaction, valued at $3.7 billion, Natura & Co’s shareholders will own…