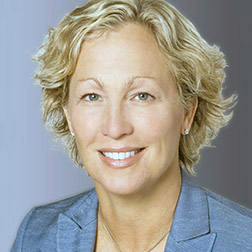 Kelley holds leadership roles in a number of industry organizations. She was recently appointed Regent for the Second Circuit of the prestigious American College of Bankruptcy’s Board of Regents, where she will lead the process to elect Fellows in the Second Circuit to the ACB over her three-year term. She is also a Second Circuit Representative to the ACB’s Select Commission on Diversity, Equity and Inclusion. Additionally, Kelley is the Vice Chair of the Board of Her Justice, a New York City-based nonprofit organization that provides free legal help to women living in poverty, and is a member of the Boards of Lambda Legal, an American civil rights organization that focuses on LGBTQ causes, the Northwestern Pritzker School of Law, and The Trinity School, a leading private school in NYC. Kelley has also been honored by CitizensNYC, a charity that provides direct cash grants for neighborhood-led projects and neighborhood businesses that improve the quality of life in New York City, at their annual fundraiser for her efforts to support the local community. Kelley is a member of the New York State and New York City Bar Associations; the Turnaround Management Association and the American Bankruptcy Institute.

Kelley is an industry trailblazer and is consistently recognized by Chambers, The Legal 500, Lawdragon, The Best Lawyers in America, IFLR1000 and Who’s Who Legal as a leading bankruptcy and restructuring lawyer. Kelley has also been specifically recognized for her client work, and was named a “Client Service All-Star” by BTI Consulting Group. Her representation of the restructuring subcommittee for the board of directors in Sears’ chapter 11 case was named IFLR’s 2020 "Deal of the Year: Restructuring and Insolvency."  Her work on the restructuring of Performance Sports Group was recognized by M&A Advisor as “Restructuring of the Year ($500M-$1B),” and by Turnaround Management Association (TMA) as its 2018 “Transaction of the Year: Large Company.” Clients in Chambers praise Kelley as “someone you want on your side when the stakes are high,” and note that “what separates her from others is her ability to manage the human side of a restructuring with equal mastery as the business side.”

Crain’s New York Business included Kelley on their 2021 “Notable LGBTQ Leaders and Executives” list, which recognizes LGBTQ-identifying leaders for their career achievements, mentorship of others, and involvement in community and industry organizations. Previously, Her Justice named Kelley their 2018 Woman of the Year in Restructuring. Kelley was also named the 2017 Woman of the Year in Restructuring by the International Women’s Insolvency and Restructuring Confederation, the premier international networking and professional growth organization for women in the restructuring and insolvency industry.

Restructuring partner Kelley Cornish will be recognized for her efforts to support the local community by nonprofit organization CitizensNYC at its annual fundraising gala, All In for NYC: Evening In Central Park.

Restructuring partners Paul Basta and Kelley Cornish are featured in a Business Insider article highlighting 16 restructuring attorneys who are the nation’s go-to lawyers amid an expected surge in bankruptcies.

Restructuring partner Kelley Cornish will be recognized as the 2023 recipient of The M&A Advisor’s “M&A Advisor Leadership Award.”

Kelley Cornish to Be Honored by Her Justice

Kelley Cornish to Be Honored by Her Justice

Her Justice will honor bankruptcy partner Kelley Cornish at its 25th anniversary photography auction and benefit at the Grand Hyatt Ballroom on May 3.

The International Women’s Insolvency and Restructuring Confederation (IWIRC) has named Kelley Cornish as its 2017 “Woman of the Year in Restructuring.”