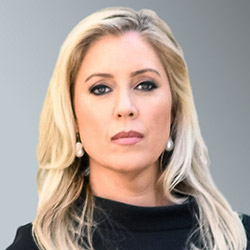 Kristyn Noeth is counsel in the Sustainability and Environmental, Social and Governance (ESG) Advisory Practice. She advises clients on all aspects of ESG, from regulatory developments to program building, disclosures and reporting.

With a longstanding dedication to nonprofit and community service, Kristyn has served on the board of directors for the Alzheimer’s Association, Voss Foundation, CITYarts and MAG America. She also served on the New York City Affairs Committee of the NYC Bar Association. Her prior pro bono service includes the New York Police & Fire Widows’ and Children’s Benefit Fund following 9/11, for which she received recognition by the NYC Fire Commissioner, NYC Law Department and Federal Bar Council.

Kristyn holds a Juris Doctor from Georgetown Law, where she was an Articles Editor on the Georgetown Law Journal and a member of the Barristers’ Council. She earned her Bachelor’s and Master’s degrees in Urban & Environmental Planning and Public Policy from the University of Virginia. During her time at UVA, Kristyn was a NNEMS Fellow at U.S. EPA and developed the university’s inaugural sustainability plan. She wrote her Master’s thesis on “Applying Market Mechanisms to Address Social and Environmental Cost.”