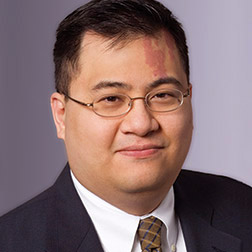 A partner in the Corporate Department and a member of the Capital Markets, Finance and Restructuring Groups, Lawrence Wee focuses on a variety of capital markets and finance transactions, securities regulation and restructuring matters. Larry is also a member of the Hybrid Capital & Special Situations Group, representing creditors, borrowers, issuers, distressed investors, direct lenders and sponsors in a wide range of direct lending transactions, rescue financings, convertible note/preferred issuances, DIP financings, exit financings, restructurings, liability management transactions and other financing transactions and issuances of equity-linked instruments. Larry has been recognized by The Legal 500 as a leading capital markets lawyer as well as by Lawdragon as one of their “500 Leading U.S. Bankruptcy and Restructuring Lawyers.”

Larry’s most recent representations include:

Larry’s other finance and capital markets representations include:

In December 2020, Larry presented at Goldman Sachs’ “Credit Outlook Conference: Insights into 2021” on recent trends in secured and unsecured financings. Larry has also represented the Credit Roundtable, an association of large institutional fixed income managers, including investment advisors, insurance companies, pension funds and mutual funds, in connection in connection with its efforts to improve the regulatory environment and market practices with respect to debt tender and exchange offers and consent solicitations.

Larry has also been deeply involved in providing free legal assistance to the victims of anti-Asian hate incidents and their families. Among his pro bono clients are the families of GuiYing Ma, who died in February 2022 after being struck by an assailant with a large rock, Yao Pan Ma, who was struck and kicked in the head while collecting cans in Harlem in April 2021, dying in early 2022, Zhiwen Yan who was shot to death in April 2022 while working as a food delivery man in Queens, and a 67-year old Filipina woman who was seriously injured by an assailant who punched her 125 times in the entrance to her apartment building in Yonkers.

Paul, Weiss advised Carnival Corporation & plc in a Rule 144A offering of $2.03 billion aggregate principal amount of 10.375% senior priority notes maturing on May 1, 2028, issued by Carnival Holdings (Bermuda) Limited, a…

Corporate partner Larry Wee will present on the challenges of working with victims of anti-Asian violence at a training session hosted by the Manhattan District Attorney Hate Crimes Unit for assistant district attorneys across NYC.

Paul, Weiss hosted a training with the Asian American Bar Association of New York’s Anti-Asian Violence Task Force (AAVTF) on how to provide legal assistance to victims of anti-Asian violence.