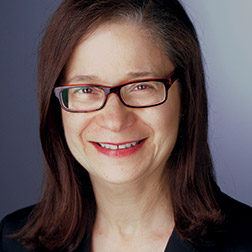 As counsel in the Litigation Department, Maria H. Keane has extensive civil litigation experience in a broad range of areas, including a concentration on employment law matters, as well as experience in complex commercial litigation and antitrust matters. She has handled all phases of pre-trial, trial and appellate work in federal and New York State courts, as well as matters before the EEOC and New York administrative agencies and in arbitration.

Cases representative of Ms. Keane’s experience in defending employers in employment litigation and arbitrations include:

Ms. Keane’s experience advising clients in employment-related internal investigations includes, among others, representing 21st Century Fox in investigations concerning allegations of sexual harassment, racial discrimination and hostile work environment based on gender; and representing the National Football League in an investigation concerning workplace misconduct within the Miami Dolphins organization. In 2020, Ms. Keane was also a key member of the Paul, Weiss team that produced an independent review of the New York State court system’s policies and practices regarding issues of institutional racism.

Ms. Keane’s trial experience includes an international arbitration on behalf of individuals regarding the terms of an employment contract; a lengthy hearing before an Administrative Law Judge of the New York State Workers’ Compensation Board, in which Ms. Keane successfully represented the mother and two siblings of a young woman who was killed in her office at the World Trade Center on September 11, 2001; a six day bench trial in federal court, in which Ms. Keane and a colleague successfully defended a state governmental agency, an elected official and several agency employees against claims of wrongful termination brought by a former employee; a post-conviction hearing in Texas state court on behalf of a death row inmate; and a jury trial in federal court, in which Ms. Keane and several colleagues represented plaintiffs in a contractual dispute among partners. She also played a substantial role in successfully defending a major floor manufacturer against antitrust claims in a four month jury re-trial in federal court. The prior trial had resulted in a $239 million plaintiff’s verdict.

Ms. Keane was an associate editor of the Fordham Law Review.

We assess the impact of the twin rulings on employers.

New York City’s private employer COVID-19 vaccine mandate is scheduled to take effect on December 27, requiring workers in the city who perform in-person work or interact with the public to show proof of at least one vaccine dose by…

President Biden recently extended to January 4, 2022, the deadline for complying with the Federal Contractor Vaccine Mandate, the executive order mandating COVID-19 vaccinations for employees of federal contractors and subcontractors. …