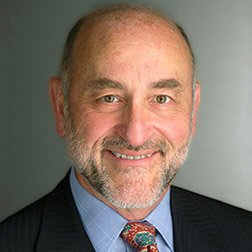 Of counsel in the Litigation Department, Mark Pomerantz is a nationally known trial lawyer and litigator, and has extensive public and private experience in white-collar and regulatory matters. He has counseled CEOs in proceedings brought by the Justice Department and the SEC, and has represented prominent corporations and individuals with regard to many sensitive and high-profile matters.

Mark has represented some of the largest companies in the United States in investigations undertaken by the U.S. Department of Justice and various state and local prosecutors. He has tried cases on behalf of commercial clients and individuals before juries and arbitration panels, and also has substantial appellate experience, arguing dozens of appeals before appellate courts throughout the country.

Additionally, Mark has a great deal of experience in matters involving the financial services industry, and has handled major matters and internal investigations involving all aspects of alleged corporate misconduct, including securities and bank fraud, mail and wire fraud, RICO and FCPA violations, tax offenses and bribery. In recent years, he has represented clients in matters involving equity research analysts, structured finance, the allocation of initial public offering shares, reform of the mutual fund industry and other leading issues relating to securities law enforcement by federal and state authorities.

Mark is a member of the American Bar Association, the Association of the Bar of the City of New York, a former board member of the New York Council of Defense Lawyers, and a fellow of the American College of Trial Lawyers. From 2005-2014, Mark was selected as one of the leading White-Collar Crime lawyers in the United States by Chambers' Guide to America's Leading Business Lawyers. He was ranked by Chambers USA as a Star Performer from 2007-2012, a Star Individual in 2013 and a Senior Statesman in 2014 and 2018. He was described in the 2014 edition as "renowned for his expertise in high-profile white-collar criminal litigation and regulatory matters." And, clients commend him for "the quality of the judgment that he brings and his ability to work with everyone from co-counsel to adversaries." Chambers Global ranked Mark as a Senior Statesman for his trial lawyer experience. He is the recipient of the Chambers USA 2008 Award for Excellence in White-Collar Crime and Government Investigations, and the 2009 recipient of the Norman S. Ostrow Award from the New York Council of Defense Lawyers. Mark is also listed as a leading lawyer in white-collar criminal defense in The Legal 500 and was named Lawyer of the Year for Criminal Defense: White Collar: New York City in Best Lawyers 2012. Mark was named a Local Litigation Star for New York and National Litigation Star for White-Collar Crime and General Commercial Litigation by Benchmark Litigation 2014.

Mark served as editor in chief of the Michigan Law Review and was elected to the Order of the Coif. He was a federal prosecutor in the U.S. Attorney's Office for the Southern District of New York, and headed the Criminal Division in that office during 1997-1999.

As reported in The New York Times and other media outlets, the United States Court of Appeals for the Second Circuit overturned the government's insider trading convictions against two former hedge fund traders, Todd…

As reported by The American Lawyer, the New York Appellate Division, First Department, unanimously affirmed a grant of summary judgment entered by Justice O. Peter Sherwood of the New York Supreme Court in favor of our client,…

Paul, Weiss was recognized in The National Law Journal's 2015 "Appellate Hot List," which recognizes firms that send lawyers into state and federal appeals courts across the country when the stakes are at their highest.