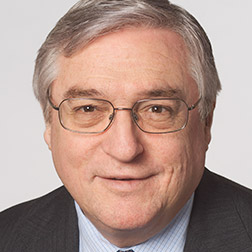 Mark H. Alcott has spent his professional career at Paul, Weiss, Rifkind, Wharton & Garrison LLP in New York City, focusing on litigation, arbitration and mediation. He has extensive experience handling a wide range of major cases in New York and throughout the United States, as well as abroad. His diverse caseload has ranged from antitrust class actions to complex securities and commodities cases, from domestic to cross-border arbitrations and mediations, from major constitutional litigation to mass tort actions, from high stakes commercial disputes to pro bono civil rights litigation. His clients have ranged from preeminent financial institutions to top government officials, from global mega firms to vulnerable individuals, from household name performers and artists to leading cultural institutions.

Mr. Alcott has been a leader in the field of alternative dispute resolution, as a neutral and an advocate. He is a member of the National Roster of Arbitrators of the American Arbitration Association (AAA), for Commercial as well as Large Complex Cases, is a member of the panel of arbitrators of the International Center for Dispute Resolution (ICDR), and has served as an arbitrator for the International Chamber of Commerce (ICC). He has received extensive training (from the ICC, AAA, ICDR, CPR, NYSBA and state and federal courts, among others), and has broad experience, in arbitration and mediation, and has served in more than 100 ADR cases as counsel, arbitrator or mediator. He was selected by Mondaq for listing in its Guide to the World’s Leading Arbitration Advisors, by Euromoney for listing in its Guide to World’s Leading Experts in Commercial Arbitration, by The Best Lawyers in America for listing among the country’s top arbitration and ADR practitioners and by Benchmark Litigation for excellence in ADR – all on the basis of extensive peer review. By designation of the chief judge of the U.S. District Court, Southern District of New York, Mr. Alcott has served for more than 25 years as a federal mediator in that court’s mandatory mediation program. For more than 15 years, he has been a mediator in the Commercial Division of the New York State Supreme Court. He has served as a special master in the Appellate Division of the Supreme Court, First Department, by designation of the presiding justice; a special master in the Supreme Court, New York County, Commercial Division, by designation of the administrative judge; a court-designated arbitrator in the fee dispute resolution program; and an arbitrator in the Civil Court.

Mr. Alcott has frequently been honored by his peers for his skills. He was named as one of the country’s top 25 litigators in the Best of the Best USA, based on an international survey of practitioners and general counsel. He was elected a Fellow of the American College of Trial Lawyers, on the basis of intensive peer review. He later served for two terms as chair of the Downstate New York Committee of the College. He has been designated as a litigation star in Benchmark Litigation, and cited for excellence in litigation, including bet-the-company litigation, in Guide to the World’s Leading Litigation Lawyers, The Best Lawyers in America, Super Lawyers and the other leading peer review guides. He has written and lectured world-wide on litigation and arbitration issues, and is frequently invited to argue model cases at domestic and international legal conferences.

Mr. Alcott’s litigation experience is broad gauged. He served as lead counsel for the grain industry in the epic class actions alleging price-fixing in the sale of American wheat to Russia; represented several lead defendants in the complex class and regulatory litigations stemming from the silver market collapse; and defended one of the country's biggest producers in the massive broiler chicken antitrust class actions. He represented the selling shareholder in the multiple securities and fraudulent conveyance actions resulting from the leveraged buyout of a major international corporation; defended a large, nationally-known law firm in life-threatening litigation brought against it by the FDIC after the collapse of its banking client; represented a major oil company in contesting zoning legislation that outlawed its large petroleum off-loading facility; and represented a member of one of America's wealthiest families in one of the largest equitable distribution cases ever tried. He defended the New York State Comptroller in constitutional litigation against the Governor, represented the New York Legislature in reapportionment litigation and represented a major party presidential candidate in election law litigation. He has played a principal role in mass tort cases, including the explosions of the world's largest grain elevator in Louisiana and an Asian-owned petrochemical plant in the Caribbean. He has handled many cases involving the alleged breach of substantial commercial contracts, with damage claims reaching into the high nine figures.

A leader in professional circles, Mr. Alcott served as President of the New York State Bar Association. As such, he was a national spokesman for the profession, leading the fight for independence and diversity of the bench and the bar, and against discrimination in the profession. His many initiatives included proposals to reform judicial selection procedures, develop a new civil rights agenda, and enhance opportunities for lawyers in transition between positions, including those who temporarily leave the profession to care for children or other family members and those who leave involuntarily because of adverse economic conditions. He initiated and led the effort to end mandatory, age-based retirement policies in the profession - - a proposal that won endorsement by the American Bar Association and led to significant favorable changes in this practice. He created the highly successful Empire State Counsel program that promotes free legal services for the poor, and he advocated an extensive reform agenda. He also chaired the Association’s House of Delegates, where he was widely praised for sensitively and skillfully overseeing the debate on the legal rights of same sex couples.

Mr. Alcott was then elected by the 36,000 New York members of the American Bar Association to serve as New York’s State Delegate – i.e., the State’s leader in that national organization. He is a member of the ABA’s Board of Governors, which manages the Association. He served on the ABA’s Nominating Committee, sits in the Association’s House of Delegates and has numerous other substantial ABA responsibilities. Previously, Mr. Alcott served as chair of the New York State Bar Association’s Commercial and Federal Litigation Section. He initiated the Section’s proposal to create a statewide commercial court, and then served on the committee established by Chief Judge Judith Kaye to implement that proposal. His efforts led directly to the creation of the Commercial Division of the New York State Supreme Court. He is a member of the Commercial Division Advisory Council, appointed by Chief Judge Lippman, and a member of the New York State Bar’s Committee on the Constitutional Convention. He has chaired numerous other major professional committees and groups.

In addition to his substantial client responsibilities, Mr. Alcott served for several years as partner in charge of the Paul Weiss Public Matters Committee, which oversees the firm’s extensive pro bono and public service efforts. He has handled major pro bono matters for such high profile institutions as Lincoln Center for the Performing Arts, the NAACP Legal Defense Fund, the National September 11 Memorial and Museum at the World Trade Center Foundation, and the Lower Manhattan Development Corporation. A fund to promote pro bono work has been created in his honor at the New York Bar Foundation.

Mr. Alcott has been active in civic and philanthropic affairs. He sits on the Executive Committee of AJC, Westchester/Fairfield region, and, in that capacity, engages extensively with the New York-based diplomatic and UN Community. He is a member of the State Affairs Committee of the Citizens Union of New York. He serves on the Committee on the Global Safety Net of UJA-Federation, which makes grants to non-profits. He served on the Greater New York Region Board of the American Friends of Hebrew University of Jerusalem, and the board of directors of the Brain and Behavior Research Foundation, the world’s leading non-profit organization supporting mental health research. He is the winner of the American ORT Jurisprudence Award “for his lifetime commitment and distinguished service to the legal profession;” of NYSBA’s Haig Award for outstanding public service; of the Lawyer Assistance Committee’s Special Recognition Award for his efforts on behalf of lawyers suffering from alcoholism and depression; of the Hebrew University’s Founders Award for his work on behalf of that institution; and of the Annual Award of the Historical Society of the New York Courts.

After many decades as a partner at Paul, Weiss, Mr. Alcott has become of counsel to the firm, where he concentrates on serving as an arbitrator and mediator, engaging in professional activities, lecturing, writing and handling pro bono cases.

Mr. Alcott is an honors graduate of Harvard College and Harvard Law School. He is married to Cantor Susan B. Alcott. They have four children and seven grandchildren.

Mark Alcott Publishes Op-Ed on the Meaning of Thanksgiving

Mark Alcott Publishes Op-Ed on the Meaning of Thanksgiving

Of counsel Mark Alcott published an op-ed on November 24 in the New York Law Journal. The piece, “Fourth Thursday in November,” examines the meaning of Thanksgiving, historically and in contemporary America.

Litigation of counsel Mark Alcott published an op-ed in the New York Law Journal, “How to Reform the Supreme Court Without Destroying It.”

Litigation of counsel Mark Alcott authored an op-ed in The Harvard Crimson, “Renaming and Retroactive Shaming.”

Of counsel Mark Alcott’s article, “What Lawyers Do,” was published in today’s issue of the Harvard Crimson.

Of counsel Mark Alcott recently published an article in the New York State Bar Association Journal, “Defending Judges, Standing up for the Rule of Law.”

Of counsel Mark Alcott’s piece advocating a “yes” vote in favor of New York’s Constitutional Convention has been published in the electronic voter guide of the New York City Campaign Finance Board.

Mark Alcott will serve as chair and MC at the American Jewish Committee's (AJC) annual Learned Hand Dinner, to be held at the Ritz Carlton in White Plains on December 1 at 6:30 p.m.

Litigation of counsel Mark Alcott received the Distinguished Leadership Award from the American Jewish Committee (AJC) of Westchester/Fairfield at its 2022 gala celebration on May 12, 2022.

Mark Alcott Elected to Board of Governors of American Bar Association

Mark Alcott Elected to Board of Governors of American Bar Association

Mark Alcott has been elected to the Board of Governors of the American Bar Association (ABA) for a term of four years.

Mark Alcott has been appointed to a third term as the American Bar Association's Representative to the United Nations, where the Association has Observer status.

Of counsel Mark Alcott has been appointed to the Human Rights Committee of the United Nations Conference of Non-Governmental Organizations. Mark is the American Bar Association's Representative to the U.N., where the Association…