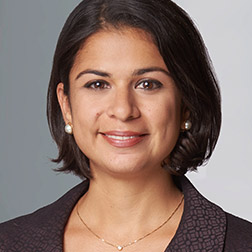 A counsel in the Litigation Department, Michelle Parikh is a former federal prosecutor and experienced trial and appellate lawyer. She focuses her practice on white collar matters, internal investigations, regulatory enforcement, and civil and commercial litigation.

Paul, Weiss is advising Inspire Brands in its acquisition of the parent company of Dunkin’ and Baskin-Robbins.

Paul, Weiss and co-counsel the Wisconsin Innocence Project are seeking a new trial for a woman convicted in the 2007 death of a child at her home daycare after a key witness changed his testimony.

Pro Bono Client Is Released From Prison After Successful Resentencing

Pro Bono Client Is Released From Prison After Successful Resentencing

Paul, Weiss achieved a major victory on behalf of a pro bono client, Duane Joseph Johnson, when Judge Michael Ryan of the D.C. Superior Court resentenced our client from a term of 51 years to life in prison (with 40 years mandatory)…

Paul, Weiss helped a pro bono client secure the minimum possible sentence in the United States District Court for the District of Columbia on charges arising from a narcotics conspiracy case.