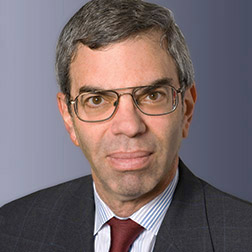 A partner in the Litigation Department and co-chair of the Securities Litigation and Enforcement group, Richard A. Rosen has extensive experience in civil litigation in the state and federal courts in the fields of securities, directors' and officers' liability, mergers and acquisitions, derivatives, banking, commodity futures and other complex business disputes.

Richard has frequently represented public companies and underwriting syndicates in securities fraud class action litigations, as well as both issuers and investment banking firms in a wide variety of other securities matters, including merger and acquisition litigations. He has also defended many class actions involving open and closed-end funds and limited partnerships. Richard also often appears on behalf of directors and officers in derivative suits alleging breaches of fiduciary duty and as counsel for Special Litigation Committees.

Richard is listed for the thirteenth consecutive year in the 2017 edition of Chambers USA: America’s Leading Business Lawyers. In 2015, he was awarded “Lawyer of the Year” for Bet-the-Company Litigation by Best Lawyers and recognized as a “New York and National Litigation Star” in General Commercial and Securities Litigation by Benchmark Litigation, which has recognized him each year since 2007. He was “Highly Recommended” in New York for both Dispute Resolution and Securities Litigation by PLC Which Lawyer? Yearbook 2007-2012 and has been selected by Lawdragon as one of the 500 leading litigators in America. He is listed in the 2007-2017 editions of The Legal 500, the 2006-2017 editions of New York Super Lawyers, the 2006-2018 editions of The Best Lawyers in America and the 2007-2012 editions of Who’s Who in American Law. Richard was singled out as the “Litigator of the Week” by The American Lawyer in February 2009 for his “huge victory for corporate directors” in obtaining dismissal by the Delaware Chancery Court of a derivative suit against the directors of Citigroup.

Richard has also been defense counsel in the two most significant commodity futures manipulation class actions of recent decades: the silver market cases and the copper market cases.

Richard has frequently published articles on corporate and securities law issues. These include articles on the Private Securities Litigation Reform Act and a series of articles on liability for soft information and projections. He is the general editor of the only comprehensive book on the law of settlement agreements and the settlement process, Settlement Agreements in Commercial Disputes: Negotiating, Drafting and Enforcement, published by Wolters Kluwer. Most recently, Richard was selected among the finest law firm writers of 2016, along with corporate partner Udi Grofman, with a Burton Award for their article, “Political Intelligence and U.S. Insider Trading Regulations,” published in Bloomberg BNA's Securities Regulation & Law Report. This is the second time Richard has won a Burton Award.

Richard was a visiting Professor of Law in May 2013 at the National University, Odessa Law Academy in Odessa, Ukraine, where he taught a course on civil litigation in the United States. While in the Ukraine, Richard also lectured at the International Humanitarian University.

Paul, Weiss achieved a significant victory for Morgan Stanley by securing the dismissal of all claims in an antitrust class action.

Paul, Weiss achieved a significant victory for Carnival Corp. & plc, the world’s largest cruise operator, and Carnival’s CEO, Arnold Donald, obtaining the dismissal with prejudice of all claims in a COVID-19-related securities…

On January 7, 2022, the U.S. District Court for the Central District of California denied a motion for class certification in Stoyas v. Toshiba Corp., a case asserting claims under the Securities Exchange Act of 1934 (the “Exchange…

Paul, Weiss, as part of a joint defense group, secured the dismissal of a putative antitrust class action complaint against our client Morgan Stanley and nine other financial institutions.

Paul, Weiss is advising Continental Grain in its all-cash acquisition, alongside global food corporation Cargill, of Sanderson Farms Inc. for $203 per share, representing a total equity value of $4.53 billion.

Paul, Weiss won the dismissal, with prejudice, of a securities fraud lawsuit against our clients Henry Schein, Inc., a global distributor of medical and dental supplies and Steven Paladino, Henry Schein’s executive vice president and…

Paul, Weiss achieved a significant victory for Carnival Corp. & plc, the world’s largest cruise operator, and Carnival’s CEO, Arnold Donald, when the U.S. District Court for the Southern District of Florida granted a motion to…

In a decision that provides important protection to employee stock ownership plan (ESOP) fiduciaries, the Ninth Circuit joined other circuits in rejecting the argument that general economic principles would lead a prudent ESOP…