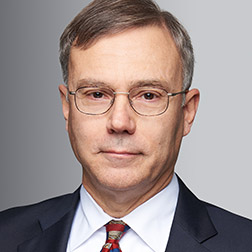 Richard has handled CFIUS reviews and Foreign Corrupt Practices Act matters for three decades, and has four decades of experience working with sanctions and export control issues. He has managed a number of international internal investigations, particularly in connection with alleged violations of anti-bribery and sanctions laws. He regularly assists a broad range of companies and financial institutions in addressing sanctions, anti-bribery and national security issues in connection with international acquisitions and securities offerings, including the provision of due diligence assessments, advising on contractual and structural matters and obtaining regulatory approvals. Richard is recognized in Chambers USA and Chambers Global as a leading lawyer in the International Trade: Export Controls & Economic Sanctions category as well as the International Trade: CFIUS Experts category; he is recognized as a leading global attorney in the Foreign Investment Review category in Who’s Who Legal: M&A and Governance (2019); and he has been named one of the 25 most respected sanctions lawyers in Washington, D.C., by Global Investigations Review.

From September 1981 to August 1984, Richard served as an Attorney-Adviser in the U.S. State Department’s Office of the Legal Adviser. Previously, he participated in a joint degree program between Columbia Law School and Princeton University, graduating with a J.D. from Columbia and a Master in Public Affairs from Princeton. At Columbia, he was a Harlan Fiske Stone Scholar and a member of the Columbia Journal of Transnational Law and the Columbia Society of International Law; at Princeton, he concentrated in International Relations at the School of Public and International Affairs. As an undergrad at Trinity College, Richard was elected to Phi Beta Kappa, earned honors in political science and received a number of prizes in economics and political science.

Richard Elliott Named Among the 25 Most Respected Sanctions Lawyers in D.C.

Richard Elliott Named Among the 25 Most Respected Sanctions Lawyers in D.C.

International trade counsel Richard Elliott was featured in the Global Investigations Review’s most recent issue, which lists him among the 25 most respected sanctions lawyers in Washington, D.C.