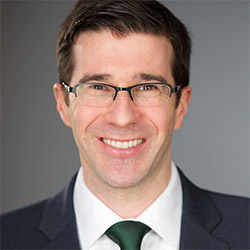 A counsel in the Restructuring Department, Sam focuses his practice on all aspects of corporate restructuring and bankruptcy. From 2012 through 2014, Sam resided in the firm's London office.

Sam has been involved in major U.S. and international restructurings and bankruptcies, including:

Sam served as a senior editor of the Journal of International Law & Business.

Paul, Weiss is representing the special committee of the board of directors of Empire Resorts, Inc. in its acquisition by Kien Huat Realty III Limited and Genting Malaysia Berhad for $9.74 in cash per share of common stock, and with…

Paul, Weiss advised an ad hoc group of pre- and post-petition secured noteholders in connection with the chapter 11 cases of Toys “R” Us, Inc. and certain subsidiaries.

PaperWorks Industries, Inc. and certain of its affiliates (collectively, the Company) and five holders of the Company's 9.500% Senior Secured Notes due 2019, holding approximately 87 percent of the outstanding Notes (Ad Hoc Group),…

Paul, Weiss represented the Official Committee of Unsecured Creditors in connection with a consensual restructuring of Paragon Offshore plc, an offshore rig operator.