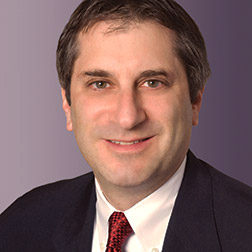 A counsel in the Litigation Department, Steve Herzog focuses on litigation and counseling in a broad range of complex business disputes and civil matters, with an emphasis on corporate governance, data privacy and cybersecurity.

Steve has substantial trial experience; he has argued appeals and handled all phases of pre-trial and trial work in federal and state courts throughout the country. Steve also has extensive experience representing clients before arbitral tribunals, in mediations and in corporate investigations.

Steve has advised numerous clients concerning data privacy and cybersecurity issues that arise as a result of data breaches, in connection with acquisitions and other transactions, and in their day-to-day business. He also regularly consults with colleagues concerning data privacy, cybersecurity and e-discovery issues that arise in their practices, and represents the firm in connection with these issues.

Steve has also represented music publishers in the defense and prosecution of claims alleging copyright infringement; a consumer products company in a trademark case involving a skin cream; a major cruise line in class action lawsuits brought in eight states challenging the manner in which the cruise line charged its passengers; a large broker-dealer in claims arising from the 1993 bombing of the World Trade Center; a Japanese maker of turbines in a dispute involving the failure of an electrical generator in China; a New York investment bank in a lawsuit to enforce a contract for the sale of bank debt; a New York real estate developer in a partnership dispute involving the construction of a Manhattan office tower.

Steve has played a leading role in some of the most important civil rights issues of the day.  He is currently serving as head of a court-ordered Plaintiff’s Steering Committee in the nationwide class action brought by the ACLU challenging family separations; his committee is charged with facilitating the reunification of thousands of families separated at the U.S.-Mexico border.  He is also representing a group of plaintiffs challenging the Trump Administration’s Travel ban.  Steve has also successfully represented inmates challenging their death sentences in Texas and Nevada, and currently represents inmates challenging their death sentences in Alabama and Texas.

Steve was awarded the New York City Bar Association’s Thurgood Marshall Award in 1998 and again in 2008 for his work representing death row prisoners.

The U.S. Secret Service recently confirmed that APT41, a hacking organization that it says is linked to the government of the People’s Republic of China, fraudulently obtained at least $20 million in federal COVID-19 relief funds. The …

Litigation partners Chris Boehning and Dan Toal have been selected to receive the Law360 Distinguished Legal Writing Award at the 2019 Burton Awards.

On May 2, Paul, Weiss was honored by the Women’s Refugee Commission (WRC) for its pro bono contributions and commitment to protecting the rights of women and children seeking safety in the United States.