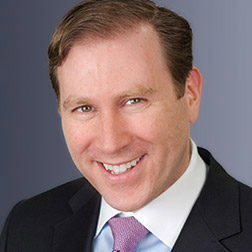 Adam Givertz is a partner in the Corporate Department, head of the firm’s Canadian Practice Group and a member of the firm’s Mergers & Acquisitions and Private Equity Groups. Based in New York and Toronto, Adam advises corporate clients, private equity sponsors and pension funds in connection with public M&A as well as private acquisitions, divestitures and joint ventures. Adam also regularly advises boards of directors and special committees in connection with strategic review processes and engagements with activist investors.

Adam has been cited in Chambers Global, The Legal 500, IFLR 1000, Who’s Who Legal, Expert Guides and American Lawyer as a leading M&A and capital markets practitioner and for his advice to Boards in connection with shareholder activism, recognized for his client service by Client Choice Awards and rated as a Star by Acritas.

We summarize significant 2022 U.S. legal and regulatory developments of interest to Canadian companies and their advisors.

Apollo Closes on $2.35 Billion in Commitments for Apollo Origination Partnership Fund I

Apollo Closes on $2.35 Billion in Commitments for Apollo Origination Partnership Fund I