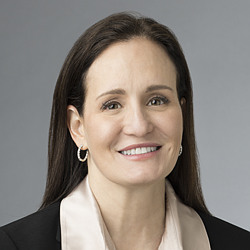 Chambers USA recognizes Alice for her “rare combination of bankruptcy and financing experience” and cites clients who praise her for being “tenacious in representing [their] best interests” and “one of the best deal-side lawyers [they] have ever worked with.” Clients are “impressed with her ability to really work through complex issues and come up with solutions and able to work with a number of competing parties.” The Legal 500 writes that Alice’s “ease in grasping complex structures make her the perfect lawyer to attack difficult restructuring issues.” In 2021, Alice was named as one of Law360’s “Bankruptcy MVPs.” She is recognized by The Best Lawyers in America for her work in Bankruptcy and Creditor Debtor Rights/Insolvency and Reorganization Law and was named in Lawdragon’s “500 Leading US Bankruptcy & Restructuring Lawyers.” Additionally, Alice was selected by Law360 as a “Rising Star” in 2011, noting her role in the successful bankruptcies of AbitibiBowater and CIT Group.

Alice’s matters are routinely recognized by industry publications and associations. The M&A Advisor selected the restructuring of Performance Sports Group as its “Restructuring of the Year ($500M-$1B)” and The Turnaround Management Association (TMA) honored Alice with two awards—its 2018 “Transaction of the Year: Large Company” award for her work on Performance Sports Group’s chapter 11 case, and its 2016 “Turnaround of the Year: Mega Company” award for her work on behalf of Chassix Holdings Inc. debtholders. The Financial Times has recognized Alice’s work on a number of restructurings in its annual report on “U.S. Innovative Lawyers,” including “Highly Commending” her work on behalf of the Ad Hoc Committee of Dynegy Bondholders (2012) and CIT Group bondholders (2010), and “Commending” her work on the successful restructuring of AbitibiBowater (2011).

Alice frequently participates in industry events. She serves as co-chair of Practising Law Institute’s annual restructuring symposium, “Recent Developments in Distressed Debt, Restructurings and Workouts,” and she was a panelist at ABI’s VALCON Conference in 2020. Since 2018, Alice has also served as a member of the Complex Case Committee for the U.S. Bankruptcy Court for the Southern District of Texas, which is tasked with reviewing and recommending changes to the existing procedures for complex bankruptcy cases.

Alice’s other representative restructuring matters include:

Paul, Weiss secured a significant victory for Crown Eagle Energy LP, a portfolio company of Blackstone Credit and an owner of oil and gas assets in the Eagle Ford shale in south Texas (known as the Comanche assets), in a long-running…

Restructuring partner Alice Eaton was honored with a Law360 2021 MVP Award in the Bankruptcy category.

Bankruptcy partners Alice Eaton and Andrew Rosenberg were honored by the Turnaround Management Association with 2016 Turnaround & Transaction of the Year Awards.