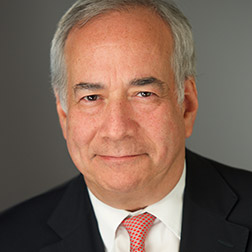 A Partner in the Paul, Weiss Litigation Department for over 25 years, Co-Chair of the firm’s Litigation Department for six years and currently Chair of the firm’s Partnership Committee, Allan Arffa is a highly experienced trial lawyer and general commercial litigator, with a long and successful track record, making him a “go-to” trial lawyer for high profile clients in their most significant litigations.

Allan handles securities, media and entertainment, bankruptcy, insurance, employment and other commercial matters in State and Federal courts, as well as in arbitration settings, throughout the country. Most recently, Allan achieved a string of major victories for Paramount Pictures, Aurora Bank and Bank of New York Mellon, the first two after trials where he served as lead trial counsel, and the last prior to trial.

Allan was recently inducted into the American College of Trial Lawyers, a prestigious honor that recognized his long history of excellence as a trial lawyer. In addition, he is consistently ranked in U.S. News & World Report as one of the “Best Lawyers” for both Commercial Litigation and Media Law.

Allan is also currently the Co-Chair of the Investment Funds Litigation practice group in the firm’s Litigation Department.

Allan has participated in numerous trials and hearings in State and Federal courts, bankruptcy courts and arbitration settings, in nearly all of which he has served as lead trial counsel.

Allan has also handled a broad variety of telecommunications matters, from disputes over alleged problems with undersea telecommunications cables to litigating and negotiating cable television franchise matters. He has also handled a number of significant litigation and counseling matters on behalf of clients in the financial data, information and entertainment industries.

In the pro bono area, Allan has been a prominent advocate for women's reproductive rights, including recently authoring an amicus brief submitted to the Supreme Court, in the Whole Women's Health case, on behalf of over 100 women in the legal profession who came forward to tell the stories of their abortions and the importance of those abortions on their careers and their lives.

Allan served as an Articles Editor of the Harvard Law Review.

Paul, Weiss helped the Metropolitan Transportation Authority and the New York City Transit Authority enter into a landmark settlement agreement with individuals and organizations representing a class of individuals whose disabilities…

Litigation partners Allan Arffa, Jeff Recher and Andy Bouchard and counsel Bob Kravitz were named sole runners up for “Litigator of the Week” by The American Lawyer for their complete victory at the Illinois Supreme Court on behalf of …

Litigation partner Allan Arffa has been elected a Fellow of the American College of Trial Lawyers.

The National Institute for Reproductive Health recognized Paul, Weiss as a "Champion of Choice."