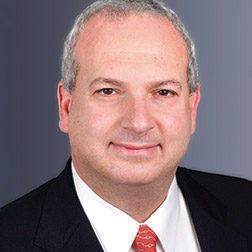 Chambers USA describes Andy as “the best tactician and negotiator on the street; if you want a consensual deal done, he is the best” and “he, more than anyone, is a one phone call hire” for his bankruptcy/restructuring work. Chambers Global and USA have ranked Andy as a Band 1 (NY) practitioner and praises him for the “very impressive” deal-making ability he brings to a case. The Legal 500 recognizes Andy as “Hall of Fame” in corporate restructuring and notes that he is “a fabulous lawyer with a deservedly excellent reputation” and he is “the person you call when you have a hairy situation and want to avoid court.” He was named in Lawdragon’s “500 Leading US Bankruptcy & Restructuring Lawyers,” recognized as a leading lawyer by IFLR1000 and listed in The Best Lawyers in America since 2011, where he is described as “an outstanding attorney who is THE ‘go-to’ restructuring professional.” In 2013, Andy was named a National Litigation Star for Bankruptcy by Benchmark Litigation.

Andy’s representations have also been recognized by many industry publications. IFLR’s Asia-Pacific recognized Boart Longyear as its “Restructuring Deal of the Year 2022.” The M&A Advisor selected the restructuring of Pacific Drilling as the 2019 “Energy Deal of the Year” in its Annual International M&A Awards. The Turnaround Management Association (TMA) selected Chassix Holdings Inc. as its 2016 Turnaround of the Year “Mega Company” winner and, in that connection, recognized Andy and Alice Belisle Eaton for their work on behalf of certain Chassix debtholders. Andy was also recognized by TMA for his work representing certain debtholders in transactions involving DeepOcean Group (f/k/a Trico Marine Group), the 2012 Turnaround of the Year “International Company” winner. The Financial Times has “Highly Commended” Andy’s work on a number of restructurings in its annual report on “U.S. Innovative Lawyers,” including his work on behalf of certain CEVA Group lenders (2014), the ad hoc committee of Dynegy bondholders (2012) and CIT Group bondholders (2010). He was also named to The American Lawyer’s list of 2010 “Dealmakers of the Year” for his work on behalf of the bondholders of CIT Group.

Paul, Weiss is advising Edgecast, Inc. and funds managed by affiliates of Apollo in the strategic spinoff of Edgecast from Yahoo, which is owned by the Apollo funds and Verizon Communications.

Bankruptcy partners Alice Eaton and Andrew Rosenberg were honored by the Turnaround Management Association with 2016 Turnaround & Transaction of the Year Awards.

The Financial Times has selected Paul, Weiss as one of the 15 most innovative law firms in North America in its Innovative Lawyers report.