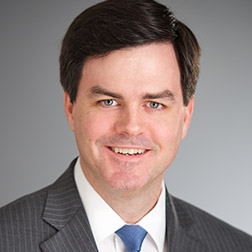 Brian C. Lavin is a partner in the Corporate Department and a member of the Mergers & Acquisitions Practice Group. He regularly advises in the negotiation and structuring of mergers and acquisitions, dispositions, joint ventures and leveraged buyouts on behalf of a diverse range of clients, including public and private companies, private equity funds, financial institutions and other entities.

Brian is recognized by The Legal 500 as a key lawyer in private equity buyouts.

In this issue of the Paul, Weiss PE Digest, we discuss the “sponsored spin,” an investment that may be ripe for exploration in the current market dynamics.

Paul, Weiss, acting as M&A and Funds counsel, advised Clearlake Capital Group, L.P. in its acquisition of Chelsea Football Club in a consortium co-led with Todd Boehly, Chairman and CEO of Eldridge.

Paul, Weiss advised MGM in its sale to Amazon for $8.45 billion. MGM is a leading entertainment company focused on the production and global distribution of film and television content across all platforms

Paul, Weiss is advising Oak Hill Capital in its agreement to invest in and partner with U.S. Oral Surgery Management (USOSM).

Paul, Weiss is representing Oak Hill Capital in its acquisition of a controlling stake in Technimark Holdings LLC.