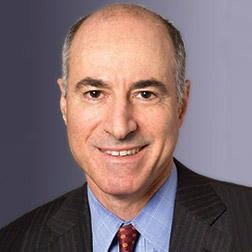 Bruce is a partner in the Corporate Department and a member of the Mergers & Acquisitions, Private Equity and Communications & Technology Groups. He has extensive experience advising clients and boards of directors on corporate governance, fiduciary duties, mergers and acquisitions, divestitures, joint ventures, public and private investments and other significant corporate matters.

Since 2014, Bruce has been recognized by The Legal 500 for his work in media, technology and telecoms. In 2019, Bruce was named one of the “Top 10 Comms M&A Legal Advisors” in the country by TMT Finance.

In 1990, Bruce relocated to London to launch the firm's office there. For two years, he handled a variety of cross-border transactions for U.S. and European clients before returning to practice in New York.

At Columbia Law School, Bruce served as an editor of the Columbia Journal of Law and Social Problems and was a Harlan Fiske Stone Scholar.

Paul, Weiss advised John Hancock Life Insurance Company (U.S.A) as lead investor in a consortium that acquired approximately 30% of ExteNet Systems, a leading provider of mobility and fiber connectivity solutions, and the largest…

Boingo Wireless to Be Acquired by Digital Colony Management

Boingo Wireless to Be Acquired by Digital Colony Management

Paul, Weiss represents John Hancock Life Insurance Company (U.S.A) as lead investor in a consortium that will acquire approximately 30% of ExteNet Systems, a leading provider of mobility and fiber connectivity solutions, and the…

Paul, Weiss advised Lendlease, one of the world’s largest international property and investment groups, in the sale of a U.S. telecommunications platform to certain funds managed by affiliates of Apollo Global Management, Inc.

Paul, Weiss is advising the Special Committee of the Board of Trustees of First Real Estate Investment Trust of New Jersey (FREIT) in the trust’s $266.5 million sale of seven apartment properties to an affiliate of Kushner Companies.

Paul, Weiss was recognized as one of four recipients of the M&A Advisor's "Healthcare and Life Sciences Deal of the Year Award (Over $500 million)" for our involvement in the $4 billion acquisition of Griffin-American…