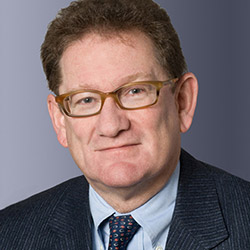 During 1995, Mr. Birenboim served as chief counsel to the New York City Mayor’s Investigatory Commission on School Safety and recently concluded a three-year term as a member of the New York City Bar’s Committee on the Judiciary, which reviews all judicial candidates for the New York federal and state courts.

Mr. Birenboim served as an editor of the Harvard Law Review.

Paul, Weiss won the dismissal of a claim that our client, Citigroup, aided and abetted alleged breaches of fiduciary duty in its role as a financial advisor to Tesaro, an oncology-focused biopharmaceutical company.

Paul, Weiss achieved a significant victory for Canadian clients 1235 Fund LP and MM Asset Management when the New York Supreme Court, Commercial Division, granted a motion to dismiss a lawsuit against them.

Paul, Weiss achieved a major victory for commodities trading company Glencore when the U.S. Court of Appeals for the Eleventh Circuit affirmed the dismissal of a multi-billion-dollar lawsuit against Glencore and a host of other oil…

Paul, Weiss advised global aerospace and defense technology innovator L3Harris Technologies, Inc. in the sale of its airport security and automation business to Leidos Holdings, Inc. for $1 billion in cash.