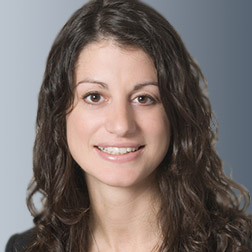 As a counsel in the Litigation Department, Caitlin focuses her practice on general litigation matters. She has managed the defense of numerous lawsuits involving Securities Act claims, and has participated in responding to inquiries from various regulatory agencies, including the DOJ, SEC, and state attorneys general.

Paul, Weiss secured the dismissal with prejudice of a shareholder derivative action against 17 current or former directors and officers of Teladoc Health, Inc.

As reported by The New York Times, CNN and other major media outlets, Paul, Weiss and co-counsel the Center for Reproductive Rights have urged the U.S. Supreme Court to uphold Roe v. Wade and reject a Mississippi state law banning…

Paul, Weiss won a victory for Goldman Sachs at the Delaware Court of Chancery, when Vice Chancellor Joseph R. Slights III dismissed a claim that Goldman aided and abetted breaches of fiduciary duty in its role as a financial advisor…

In a decision likely spelling the end of the case, a magistrate judge recommended that a shareholder derivative action against 17 current or former directors and officers of Teladoc Health, Inc. be dismissed with prejudice. Paul,…

Paul, Weiss secured the dismissal of Securities Act claims against our clients, underwriters of an IPO by UK-based pigment maker Venator Materials PLC, when the New York Supreme Court dismissed a putative class action as time-barred.

In In re NIO Inc. Securities Litigation, the New York State Supreme Court recently refused to vacate its stay of a class action under the Securities Act in favor of a parallel first-filed federal court suit, despite plaintiffs’…