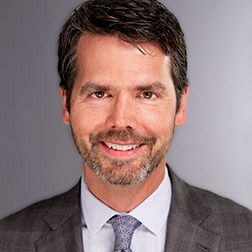 Chuck Googe is the head of the Intellectual Property & Technology Transactions Group of the Corporate Department and the chair of the firm’s Entertainment Department.

As chair of the Entertainment Department, Chuck also focuses on the representation of individuals and companies involved in all aspects of the entertainment industry, including film, television, publishing, music, digital and live stage. More specifically, his film experience covers clients in the independent film world as well as producers, writers, directors and film editors working with major Hollywood studios. He represents record labels as well as several popular recording artists, stage producers, institutional theaters, authors, composer/lyricists, directors, choreographers and designers. Chuck has also been a key player in several notable transactions in the publishing industry.

Chuck served as a senior editor of the Columbia Law Review. He is also recognized as a leading lawyer in media and entertainment by Chambers USA, and clients say, "…he really listens and advises me. He doesn't make the decision for me - he tells me the options and lets me make the decisions." He has also been recognized by The Legal 500 for his communications and technology practice and as a leading entertainment lawyer (motion pictures & television) by The Best Lawyers In America since 2012. Additionally, Chuck is the Trustee of the Cole Porter Musical and Literary Trusts.

Paul, Weiss is advising Shawn “JAY-Z” Carter in his long-term agreement with Bacardi to renew their successful partnership with D’USSE, the world’s fastest-growing super-premium cognac brand.

Paul, Weiss advised, on a pro bono basis, a group of independent theater organizations including HERE Arts Center, IndieSpace, New Ohio Theatre, and Rattlestick Playwrights Theater in negotiations for a 99-year lease of a 1,500…

Paul, Weiss advised KKR as lead investor in a $400 million strategic investment round in Skydance Media.

Entertainment/Intellectual property partner Chuck Googe was featured in Variety’s Dealmakers Elite New York 2018 report, which features attorneys and executives behind some of the year’s most significant entertainment industry…

The National Law Journal has named Paul, Weiss to its 2013 "Intellectual Property Hot List." The article highlights the firm's IP litigation and transactional practices, noting the growth in our IP group and describing a number of…