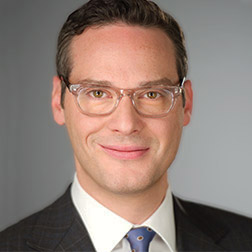 Of counsel in the Litigation Department, Craig Benson focuses his practice on trial work in the areas of antitrust, product liability, intellectual property and major commercial disputes. Craig’s experience has involved representing clients before federal and state courts, regulatory agencies, and arbitrators, in industries including financial services, pharmaceuticals and biotechnology, electronics, automotive, chemicals, oil and gas, tobacco, and hospitality. Craig is also Co-Chair of the Firm’s Professional Development and Training Committee.

Craig co-authored three articles currently nominated for a 2020 Antitrust Writing Award from Concurrences, published by The Institute of Competition Law. He has been recognized since 2018 in The Legal 500 US as a Recommended Lawyer in the Antitrust: Civil Litigation/Class Action: Defense category and the Antitrust: Cartel category. Craig was also named a Rising Star by Washington DC Super Lawyers in 2013.

Craig’s extensive pro bono practice has spanned the areas of political asylum and immigration, reproductive freedom, disability benefits, civil rights for members of the LGBT community and those living with HIV, post-conviction relief, and tenant rights. He was also part of the Paul, Weiss team that represented Edie Windsor in the historic litigation that resulted in the Supreme Court declaring the Defense of Marriage Act unconstitutional.

Craig was elected to the Order of the Coif and served as articles editor of the Georgetown Law Journal. He also has served as a member of the editorial board of the Antitrust Practitioner, a publication of the ABA Section of Antitrust Law's Civil Practice and Procedure Committee. Craig is a speaker on topics of note on antitrust and litigation issues.

Craig is on the Executive Committee of the Board of Trustees of Levine Music, one of the nation's leading community music schools. He served as Board Chair for five years. He is also a Trustee of the Legal Aid Society of the District of Columbia, the District’s largest civil legal services organization. He serves on the DC Leadership Committee of Lambda Legal, a national civil rights organization serving the LGBT population and those with HIV through impact litigation, education, and public policy work.

Paul, Weiss represented Roark Capital portfolio company ServiceMaster Brands in its acquisition of TWO MEN AND A TRUCK®/International, Inc., the fastest-growing franchised moving company in the U.S. that offers comprehensive home and…

The Federal Trade Commission has rescinded its 2015 “Statement of Enforcement Principles Regarding ‘Unfair Methods of Competition’ Under Section 5 of the FTC Act,” which provided guidance on when the FTC would use its authority to…

On February 18, the U.S. Court of Appeals for the Fourth Circuit held that a district court did not abuse its discretion in ordering a divestiture remedy in an antitrust case brought by a private party challenging a consummated…

The Antitrust Division of the U.S. Department of Justice has announced the first criminal indictments for “no-poach” and wage-fixing agreements. These indictments follow a change in policy announced by the DOJ several years ago to…

Paul, Weiss has been named Specialty Litigation Department of the Year in the “Class Action” category of the New York Law Journal’s 2019 Professional Excellence Awards.

Paul, Weiss was recognized by the Global Competition Review with the "Litigation of the Year - Cartel Defence" award for our work representing Sharp Corporation and Sharp Electronics Corporation against antitrust claims brought…