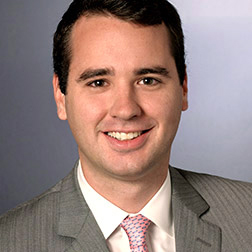 A partner in the Corporate Department, Cullen L. Sinclair is a member of the Mergers & Acquisitions Group and Private Equity Group, focusing his practice on mergers and acquisitions and general corporate matters. He regularly advises in the negotiation and structuring of mergers and acquisitions, dispositions, joint ventures and leveraged buyouts on behalf of a diverse range of clients, including public and private companies, private equity funds, financial institutions and other entities.

Among the newly appointed M&A and private equity partners at top law firms, Cullen was recognized as a 2022 “Rising Star” by Law360 and a 2021 “Top Rising Star” by The Deal.

Cullen is on the board of directors of Pioneer Works, a non-profit cultural center focused on arts and science.

Paul, Weiss advised General Atlantic as lead investor in a $105 million Series B funding round in Talos, a provider of institutional digital asset trading technology, which values the company at $1.25 billion.

Paul, Weiss is advising General Atlantic in its acquisition, alongside Nautic Partners and The Vistria Group, of specialty pharmacy PANTHERx Rare from Centene Corporation.

In this issue of the Paul, Weiss Delaware M&A Quarterly, we discuss several decisions of significance to the M&A practice issued during the first quarter of 2022.

Jet Edge to Be Acquired by Vista

Jet Edge to Be Acquired by Vista

Paul, Weiss advised Global Infrastructure Partners (GIP) in its all-cash acquisition, alongside KKR, of CyrusOne Inc. for an enterprise value of approximately $15 billion.

Corporate partner Cullen Sinclair was recognized as a Law360 2022 “Rising Star” in the Private Equity category.

Cullen Sinclair Recognized by The Deal as a “Top Rising Star”

Cullen Sinclair Recognized by The Deal as a “Top Rising Star”

Corporate partner Cullen Sinclair was recognized by The Deal as a 2021 “Top Rising Star.”