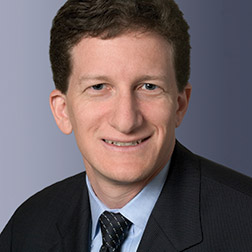 As counsel in the Litigation Department, Daniel H. Levi has handled complex litigation in a variety of substantive areas including products liability, insurance litigation, M&A litigation, actuarial malpractice and general commercial disputes. He has handled all aspects of pre-trial, trial and appellate work in state and federal courts, as well as civil and criminal regulatory matters and internal investigations.

Matters in which Daniel has had extensive involvement include:

In addition, Daniel has an extensive pro bono practice, including representation (along with the Brady Center) of victims of gun violence against gun sellers and a victim of domestic violence in a Hague Convention case that was successfully litigated in the U.S. Supreme Court.

Daniel served as notes editor of the Washington University Law Quarterly. He was selected as one of the school's three Honors Scholars and was elected to the Order of the Coif. He was a 1997 and 1998 Paul, Weiss summer associate.

Paul, Weiss achieved a significant victory for Fédération Internationale de Football Association (FIFA) when the Second Circuit unanimously affirmed the district court’s dismissal of a suit brought by a Nigerian soccer coach who had…

Paul, Weiss helped a pro bono client win a unanimous Supreme Court victory in a long-running case in which our client sought to reverse an order compelling her to return her child to Italy—where her husband resides—to await custody…

Paul, Weiss advised Brighton Park Capital in leading a $50 million funding round in TheMathCompany, a global data analytics and data engineering firm that partners with companies to enhance their analytics capabilities.