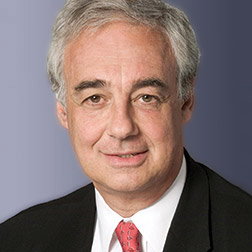 Of counsel in the Litigation Department, Daniel J. Beller has had extensive experience handling complex criminal and civil matters. Prior to joining the Firm, Dan served as an Assistant United States Attorney and Chief of the Major Crimes Unit in the United States Attorney’s Office for the Southern District of New York. He was elected as a Fellow of the American College of Trial Lawyers in 1998 and has been recognized consistently as one of America’s outstanding lawyers by Chambers Global, Chambers USA, New York Super Lawyers, The Best Lawyers in America and other publications.

Dan has wide and deep experience handling both criminal and civil cases.

The range of civil matters he has handled has included practically every type of case including securities fraud, RICO, securities manipulation, mergers, antitrust, contract, tort, mortgage foreclosure and real estate litigation, intellectual property and bankruptcy.  He regularly counsels and represents clients on internal compliance and corporate investigations and the firm on professional responsibility matters.

Dan is an active participant in community and professional activities. He serves as a Fellow of the American College of Trial Lawyers, a Trustee of the Federal Bar Council, Vice Chair and Trustee of The Jewish Theological Seminary,  a Commissioner of the National Commission of the Anti-Defamation League and former Vice-Chair of ADL's New York Regional Board, Chair of its International Affairs Committee and Chair of its Lawyers' Division and Religious Freedom Task Force. He received the Torch of Learning Award from the American Friends of the Hebrew University in 2001, the Human Relations Award from the Anti-Defamation League, Lawyers Division in 1996 , the Judge Simon H. Rifkind Award from The Jewish Theological Seminary in 2011, the 2011 Above & Beyond Pro Bono Achievement Award from Sanctuary for Families, and the 2015 Anti-Defamation League Generations of Justice Award.

Paul, Weiss and co-counsel Neufeld Scheck & Brustin, LLP successfully resolved a civil rights case on behalf of pro bono client Pablo Fernandez, securing one of the largest-ever wrongful conviction settlements to be paid by the…

Paul, Weiss, along with co-counsel at the Legal Aid Society and the Center for Constitutional Rights, filed suit on behalf of several community organizations to prevent the Trump Administration’s proposed “public charge” rule from…

The U.S. Department of Justice entered into a $150 million settlement with Amedisys Inc. to resolve claims concerning the company's Medicare billing practices, the first such settlement against a national health care provider in…

Paul, Weiss and the Legal Aid Society achieved a victory for an incarcerated client and her newborn daughter, allowing the two to stay together for up to 18 months in the Bedford Hills Correctional Facility Nursery Program rather …

Sanctuary for Families honored a team of attorneys from Paul, Weiss and O’Melveny & Myers at the Above & Beyond Achievement Awards and Benefit.