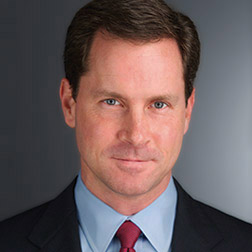 An experienced trial lawyer, Dan has litigated numerous high-stakes cases in federal and state courts throughout the country. Among his significant matters, Dan represented:

He was recently named an American Lawyer “Litigator of the Week,” and also received a Benchmark Litigation “National Impact Case Award” for securing a landmark defense verdict on behalf of ExxonMobil in a securities fraud lawsuit brought by the N.Y. Attorney General. Benchmark Litigation has also recognized Dan as a Local Litigation Star. In 2022, Lawdragon named Dan one of the 500 Leading Litigators in America and in 2018 he was recommended by The Legal 500 in General Commercial Disputes, M&A Litigation: Defense, and Antitrust: Civil Litigation/Class Actions.

Dan is a former member of the firm’s Management Committee. He frequently writes and speaks about e-discovery matters, and is the co-author of a monthly column on e-discovery that appears in The New York Law Journal, for which he was recently awarded Law360’s Distinguished Legal Writing Award.

During law school, Dan served as the Administrative Editor of the Georgetown Law Journal and received a John M. Olin Fellowship in Law and Economics. He is a member of the New York State Bar Association and the Association of the Bar of the City of New York.

In Viking River Cruises v. Moriana, the Supreme Court held that a rule of California law that prohibits contractual waivers of claims under California’s Private Attorneys General Act (PAGA) is invalid as applied to an employee…

Paul, Weiss has been recognized with several awards as part of Benchmark Litigation’s annual United States awards program, with litigation partner Ted Wells winning individual recognition as “Trial Lawyer of the Year” and receiving a…

Litigation partners Chris Boehning and Dan Toal have been selected to receive the Law360 Distinguished Legal Writing Award at the 2019 Burton Awards.