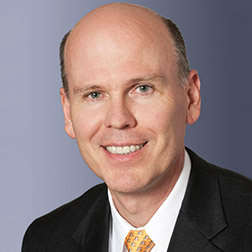 J.D., University of Texas School of Law, 1992with honors

B.S.E., Electrical Engineering, University of Alabama in Huntsville, 1985with honors

J.D., University of Texas School of Law, 1992with honors

B.S.E., Electrical Engineering, University of Alabama in Huntsville, 1985with honors

Of counsel in the Litigation Department, Dave Ball focuses on patent infringement, trade secret misappropriation, antitrust and related tort and contract litigation. Throughout his career, Dave has helped clients protect their most valuable and innovative IP in a wide range of technologies, including consumer electronics, mobile technology, computer hardware and software, biotechnology and video games. Dave has substantial experience before the federal district courts and the Federal Circuit, the International Trade Commission (ITC) and the Patent Trial and Appeal Board (PTAB) at the U.S. Patent and Trademark Office.

Dave's current and recent representations include:

Dave was an Assistant U.S. Attorney in the Civil Division for the District of Columbia from 1999-2003, where he tried five cases and argued two appeals before the D.C. Circuit. Dave was lead government counsel in successfully defending the District of Columbia’s “Megan’s Law” sexual offender registry from constitutional attack.

From 1996-98, Dave served as an Associate Solicitor of the US Patent and Trademark Office, where he argued five times before the Federal Circuit.

Dave was trained as an electrical engineer before going to law school.

Since 2014, Dave has been recognized by IAM Patent 1000 and The Legal 500 US for his work in intellectual property. Dave is described as an “upper-echelon lawyer” with “notable tech expertise,” who is “easy to talk with, he doesn’t throw techno-babble at you and gives a lot of personal attention to matters.”

Paul, Weiss and co-counsel The Legal Aid Society secured an agency hearing for a pro bono client to establish her right to succeed to her late mother’s Section 8 housing subsidy.

Paul, Weiss and co-counsel Texas RioGrande Legal Aid Inc. represent three parents seeking reunification with their children, from whom they were forcibly separated near the U.S.-Mexico border.

As previously reported by Law360, Paul, Weiss and co-counsel Texas RioGrande Legal Aid Inc. represent three parents seeking reunification with their children, from whom they were forcibly separated near the U.S.-Mexico border.

Paul, Weiss’s efforts on behalf of three undocumented immigrant parents separated from their children at the border were highlighted in a June 27 article in Law360.

Paul, Weiss secured an appellate victory on behalf of Garmin International Inc., a unit of Garmin Ltd., in a patent infringement dispute with Navico.

As reported in The Wall Street Journal and other media outlets, Paul, Weiss client SAP SE announced that subsidiary SAP America, Inc. has entered into an agreement to acquire Concur Technologies, a leading provider of travel and…

The Future of Patents for Business Processes

The Future of Patents for Business Processes

In this video interview, litigation partner Dave Ball discusses the Supreme Court ruling in Alice Corp. v. CLS Bank, which held that merely using a generic computer to implement an abstract idea is not patentable, and how that…

Paul, Weiss obtained a significant victory for client Garmin International, Inc. and Garmin USA, Inc. in an appeal to the U.S. Court of Appeals for the Federal Circuit from a patent suit brought by Triangle Software in the U.S.…

Paul, Weiss achieved a significant victory on behalf of Garmin Inc., the world's leading maker of GPS devices, in a patent suit brought by Triangle Software in the U.S. District Court for the Eastern District of Virginia, known…

Paul, Weiss, Rifkind, Wharton & Garrison LLP announced that two prominent patent litigators have joined the firm as partners. The new partners are Nicholas Groombridge, who is resident in the firm's New York office, and David …

The National Law Journal has named Paul, Weiss to its 2013 "Intellectual Property Hot List." The article highlights the firm's IP litigation and transactional practices, noting the growth in our IP group and describing a number…