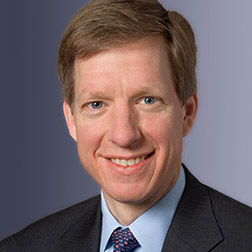 A partner in the Tax Department, David Mayo focuses his practice on corporate and partnership taxation, taxable and tax-free mergers and acquisitions, restructurings and cross-border transactions.

David is a member of the Executive Committee of the Tax Section of the New York State Bar Association, and is a past president of the New York City Tax Club. David has been recognized in Chambers USA as a Leading Individual since 2006 and in The Best Lawyers in America since the 2011 edition. Most recently, David was ranked by Chambers Global, in which sources say he is "thorough and business-minded, with the ability to translate tax code into English."

David served as editor in chief of the Harvard Journal of Law & Public Policy.

Paul, Weiss is advising special purpose acquisition company Pine Technology Acquisition Corp. in its merger with The Tomorrow Companies Inc. (Tomorrow.io), the developer of a leading platform for global weather and climate security.

Paul, Weiss advised Dana Incorporated, a world leader in power conveyance and energy management solutions for vehicles and machinery, in its $350 million offering of 4.500% senior notes due 2032.

Paul, Weiss advised D1 Capital in its investment, alongside Abu Dhabi Growth Fund and GCM Grosvenor, in Uber Freight, a subsidiary of Uber Technologies, Inc. and one of the world’s largest digitally-enabled carrier networks.

Paul, Weiss is advising Howden Group, a leading UK-based global provider of mission-critical air and gas handling products, technologies and services, and a portfolio company of KPS Capital Partners, in its acquisition of Compressor…

Paul, Weiss client KPS Capital Partners LP has earned two Buyouts "Deal of the Year" awards for three of the past four years. KPS's $1.44 billion sale of Waupaca Foundry to Hitachi Metals was named the 2015 "Deal of the …