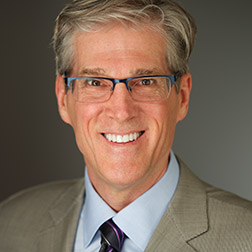 Of Counsel in the Corporate Department, retired partner Edwin S. Maynard concentrated primarily on corporate finance and mergers and acquisitions, with an emphasis on cross-border transactions. Ted has represented many U.S., Canadian and other non-U.S. issuers in a broad range of securities offerings, public and private, equity and debt and in cross-border acquisitions and restructurings, both public and private.

Ted has advised numerous issuers, underwriters and placement agents in connection with cross-border offerings made in Canada and the United States. Ted regularly advises U.S., Canadian and other non-U.S. public companies with respect to cross-border mergers and acquisitions and on their U.S. reporting obligations. He is recognized as a leading lawyer in the area of Capital Markets by Chambers Global, The Legal 500, The Best Lawyers in America and Who's Who Legal.

Ted speaks frequently on a range of securities law and mergers and acquisitions topics, most often on the effects of legal developments in the United States on Canadian companies and their underwriters/agents. From 2002 to 2004, he served as the sole American representative on the Securities Advisory Committee of the Ontario Securities Commission.

Executive Chair of the Advisory Committee of the Cyrus R. Vance Center for International Justice, the international pro bono arm of the NYC Bar Association, Ted was actively involved in the Vance Center's efforts that led to the 2008 launch of the Pro Bono Declaration of the Americas, committing signing law firms and other legal institutions throughout the Americas to do pro bono work. He received a number of awards for his pro bono work on behalf of micro-entrepreneurs in Harlem.

On February 19, the SEC proposed a rule (available here) that would expand the “test-the-waters” accommodation—currently available only to emerging growth companies, or “EGCs”—to all issuers, including investment company issuers.

The following is our summary of significant U.S. legal and regulatory developments during 2018 of interest to Canadian companies and their advisors.

In this video, corporate partners Andrew Foley and Ted Maynard discuss significant U.S. legal and regulatory developments during the third and second quarters of 2018 that may be of interest to Canadian companies and their advisors.

The following is our summary of significant U.S. legal and regulatory developments during the first quarter of 2018 of interest to Canadian companies and their advisors.

Paul, Weiss achieved a significant victory for Pretium Resources, when the Second Circuit Court of Appeals issued a decision affirming the dismissal of a class action complaint alleging that Pretium had defrauded investors.