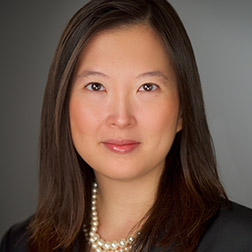 Ellen Ching is a partner in the Corporate Department, where she is a member of the Mergers & Acquisitions Group and Private Equity Group. She focuses her practice on mergers and acquisitions, corporate restructurings and other transactional matters. Ellen has represented private equity funds and publicly traded and privately held companies across a broad array of industries including hospitality, healthcare, shipping and consumer products.

Ellen is recognized as a recommended practitioner in private equity buyouts by The Legal 500. She was also recognized as a 2017 “Rising Star” by the New York Law Journal for her work in M&A, corporate restructuring and other transactional areas. Ellen has also been named to Private Fund Management’s “30 Under 40” list for her private equity work. She is also a member of the Board of Directors of Lawyers Alliance for New York.

Paul, Weiss is advising funds managed by Apollo affiliates in their acquisition of Cardenas Markets, a leading grocery retailer serving the Hispanic community, from investment funds affiliated with KKR, a leading global investment…

Paul, Weiss is advising Liberty Strategic Capital, a private equity firm founded and led by former Secretary of the Treasury Steven Mnuchin, in its approximately $525 million acquisition of Zimperium, a global leader in mobile threat…

Paul, Weiss is advising Liberty Strategic Capital, a private equity firm founded and led by former Secretary of the Treasury Steven Mnuchin, in leading a $250 million Series D financing round in BlueVoyant with a $125 million…

A Place for Mom Completes Funding Round

A Place for Mom Completes Funding Round

Paul, Weiss advised A Place for Mom, the largest online marketplace for senior care services and a portfolio company of General Atlantic and Silver Lake, in its $175 million growth equity funding round.

Paul, Weiss is advising Liberty Strategic Capital, a private equity firm founded and led by former Treasury Secretary Steven Mnuchin, in its $150 million investment in Satellogic, Inc., which specializes in high-resolution imagery of…

Paul, Weiss advised funds managed by affiliates of Apollo Global Management, Inc. in their acquisition of Global IID Holdco, LLC and its subsidiaries, including 1A Smart Start, LLC.

Paul, Weiss is advising Berkshire Partners in its acquisition of a majority stake in Harvey Performance Company from Summit Partners.

General Atlantic to Invest in Klar

General Atlantic to Invest in Klar

Paul, Weiss is advising General Atlantic in its Series B investment in Klar, a leading digital financial services platform providing a transparent, free and secure alternative to traditional debit and credit services in Mexico.

Paul, Weiss was named Litigation Department of the Year in the Class Action category of the New York Law Journal’s 2017 Professional Excellence Awards.

Private Funds Management (pfm) named corporate partner Ellen Ching to its “30 Under 40” list, which recognizes the top 30 private fund lawyers under the age of 40.