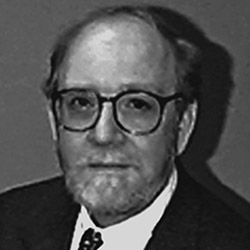 J.D., New York University School of Law, 1978editor-in-chief, N.Y.U. Law Review; Member, Order of the Coif; Benjamin Butler Prize for Academic Achievement; Pomeroy Prize for being in the top ten of his Class

J.D., New York University School of Law, 1978editor-in-chief, N.Y.U. Law Review; Member, Order of the Coif; Benjamin Butler Prize for Academic Achievement; Pomeroy Prize for being in the top ten of his Class

Gerry is now Of Counsel to the firm, having retired in 2016 after thirty years as a partner in the firm’s Litigation Department.

While in active practice, Gerry concentrated in general commercial litigation and counseling, with an emphasis on business litigation, fiduciary and corporate relationships, and the law of lawyering. He has litigated and tried matters and argued appeals in federal and state courts in multiple jurisdictions and tried both domestic and international arbitrations.

For over twenty years, Gerry served as the firm’s first chief in-house counsel, responsible for all ethics and risk management issues. He co-chaired the firm’s Professional Liability Practice, and represented some of the Nation’s best known firms in legal malpractice actions.

In addition to his work in the area of legal ethics, Gerry has extensive experience litigating major commercial disputes, including securities class actions, derivative suits, bondholder actions, and tender offer claims, both in New York and Delaware; claims in telecommunications, environmental management, biotechnology, M&A transactions, joint venture interests, fashion franchises, and petrochemicals; controversies involving theatrical productions, cable, network and syndicated television programming, barter advertising, corporate sponsorships, and home video and mail order distributions; disputes involving protection of music and other content-related matters in the music and film industries, including representation, at one time or another, of each of the major music distribution companies, the major film distribution companies, leading music publishers and film producers; antitrust and trade regulation matters include defeating a Robinson-Patman Act claim at trial, a government challenge to copyright licensing practices, various copyright and trademark infringement claims, and termination of the famous Paramount consent decrees governing theatrical exhibition of films. For four years, he represented the Empire State Building in a series of suits brought by Donald Trump, which resulted in landmark rulings without a loss. He has litigated disputes involving other major New York real estate properties, from the Stanhope Hotel to 1 East 57th Street.

For over twenty years, Gerry was the General Counsel of the New York State Democratic Party, and served as a member of the Rules Committee of the Democratic National Committee in 2000, 2004, and 2008. He was a Presidential Elector in 1988.

Gerry was elected to the firm’s Management Committee four times, and served on that body from 1997 through 2012.

Paul, Weiss client Elizabeth Elting and Phillip Shawe are the co-founders and co-CEOs of Transperfect Global, Inc., a leading document-translation and discovery-services company. Since 2014, they have been in litigation in…

On December 4, 2014, in a break with past rulings, the Appellate Division in the First Department held the "common interest" privilege is not limited to situations in which the joint privilege holders face the prospect of…

The United States Court of Appeals for the Second Circuit unanimously affirmed the granting of summary judgment in favor of the National September 11 Memorial and Museum at the World Trade Center Foundation, Inc. in litigation…

Judge Deborah Batts of the Southern District of New York granted in full a motion for summary judgment by the National September 11 Memorial and Museum at the World Trade Center Foundation, Inc., represented on a pro bono basis…

Oaktree Capital Management LP announced that its portfolio company, Mobilitie Investments, an owner/investor and lessor of capital assets to global telecommunications companies, has agreed to sell assets amounting to $1.09 billion to…