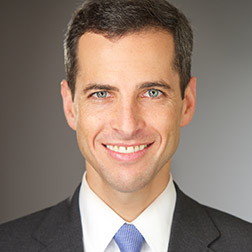 Greg is also a member of the board of directors of Humanity in Action, an international nonprofit organization that educates and connects young leaders on issues related to human and minority rights.

While in law school, Greg was an editor of the Cornell Law Review. He also interned in the chambers of Justice Asher D. Grunis of the Supreme Court of Israel in Jerusalem and for a prosecution team at the International Criminal Tribunal for Rwanda in Arusha, Tanzania.

Paul, Weiss is advising funds managed by affiliates of Apollo in their $300 million structured solution in the form of a senior secured loan and structured warrants to Circulus Holdings, PBLLC, a portfolio company of Ara Partners and…

Paul, Weiss has been named Benchmark Litigation's "Securities Firm of the Year" for 2016. Litigation partner Gregory Laufer accepted the award for the firm on February 11 at the Essex House in New York at the third annual…