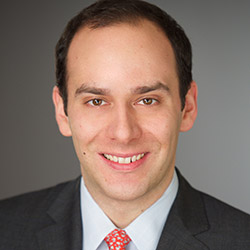 Jake has been recognized as a leading restructuring practitioner by The Legal 500 and in Lawdragon’s “500 Leading U.S. Bankruptcy & Restructuring Lawyers.” Jake’s work in Aspect Software’s chapter 11 case was recognized as “Information Technology Deal of the Year (Over $250MM)” by The M&A Advisor in its 2016 Turnaround Awards.

Jake is an active contributor to some of the industry’s leading publications. He recently co-authored, with fellow Paul, Weiss partners Bob Britton and John Weber, “Third Circuit Definitively Rejects Triangular Setoff” in Pratt’s Journal of Bankruptcy Law. He regularly participates on panels sponsored by industry organizations, including Practising Law Institute.

Jake also maintains a significant pro bono practice. He recently represented the Hudson Highlands Land Trust, a non-profit land conservation organization, in its acquisition of a property from a bankrupt land seller, returning the property to protected green space. Jake is also co-leading the firm’s collaboration with the Legal Aid Society of New York to address the national problem of student loan debt. Previously, he provided pro bono counsel to the Fort Tryon Jewish Center in a multi-year dispute with a real estate developer that left the synagogue without a permanent home when the project lost its financing and filed for bankruptcy protection.