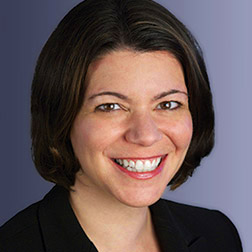 A partner in the Litigation Department, Jacqui handles a broad range of complex commercial litigation matters, including a wide variety of antitrust litigations and class actions, insurance and securities arbitrations, regulatory and internal investigations, bankruptcy litigation and other complex business disputes.

Jacqui is co-chair of the Bankruptcy Litigation Group; her recent significant bankruptcy and restructuring representations include:

Jacqui maintains a significant pro bono practice and is active in the community. Recently, she handled several cases and appeals on behalf of unaccompanied children seeking to secure lawful permanent residence in the United States. Jacqui is also a member of the Board of Directors of Mobilization for Justice, which offers free legal help to low-income New Yorkers.

Jacqui co-chairs the firm’s Professional Responsibility Committee. She was recently recognized by Law360 as one of four “Rising Stars” nationally in the health industry for her work on behalf of pharmaceutical and medical device manufacturing companies. She was also recognized by The Legal 500 US  (2016-2017) as a leading lawyer in the antitrust area.

Several recent statements by the assistant attorney general in charge of the U.S. Department of Justice’s Antitrust Division indicate that the DOJ is increasingly focused on issues relevant to private equity, including roll ups,…