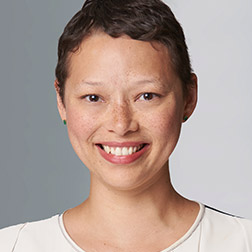 A partner in the Litigation Department and co-deputy chair of the Securities Litigation and Enforcement Group, Jane represents clients on a broad range of commercial matters, with a focus on complex commercial disputes, securities litigation, antitrust compliance and litigation, and data breach litigation, and regulatory investigations. Jane has participated in the defense of numerous class and individual actions in federal and state courts across the country, as well as Congressional inquiries and regulatory investigations initiated by the DOJ, the SEC, state attorneys general and other administrative or regulatory agencies or bodies. Jane also serves as a hiring partner and pro bono and community outreach supervising partner for the Washington, D.C. office.

Jane also provides advice to financial institutions and other market participants with respect to managing risks associated with the anticipated cessation of the LIBOR benchmark in 2021.

Jane is co-chair of the DC Chapter of the Women In Law Empowerment Forum and a fellow of the American Bar Foundation. Jane was recognized in the 2020 edition of The Legal 500 US as a “Next Generation Lawyer” in the Securities Litigation: Defense category.

As reported by The New York Times, The Washington Post, and other news outlets, Paul, Weiss, together with co-counsel Southern Coalition for Social Justice, secured a very significant voting rights victory when a three-judge panel of…

In the SEC’s first enforcement action against a SPAC since the “SPAC boom” took off late last year, the regulator recently announced charges against a SPAC, its sponsor, its proposed merger target and both the SPAC and the target’s…

The Federal Trade Commission has rescinded its 2015 “Statement of Enforcement Principles Regarding ‘Unfair Methods of Competition’ Under Section 5 of the FTC Act,” which provided guidance on when the FTC would use its authority to…