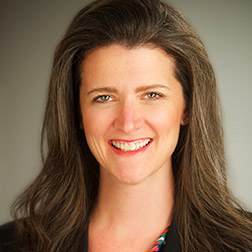 A partner in the Litigation Department, a member of the firm’s Management Committee, and co-chair of the M&A Litigation Practice Group, Jaren Janghorbani is an experienced trial lawyer who focuses her practice on general commercial litigation with an emphasis on mergers & acquisitions litigation and large-scale torts, including environmental disputes. Jaren has tried multiple multibillion-dollar cases, and has favorably settled many more. Clients have described Jaren as having “an amazing understanding of the law, tactical strategy and trial lawyering skills,” and as being “extremely effective in oral argument."

Jaren has been repeatedly recognized for her trial and litigation achievements by leading publications and legal directories. The National Law Journal named Jaren a finalist in the “Winning Litigators” category for 2021, highlighting her significant trial victories during the year. Lawdragon has named Jaren to its “500 Leading Lawyers in America” guide for several years and named her to its inaugural “500 Leading Litigators in America” guide for 2022. The American Lawyer named her a “Litigator of the Week” following a resounding trial win in Delaware on behalf of Channel Medsystems in its litigation to enforce a merger agreement. Jaren was also recognized twice by The American Lawyer in its “Litigation Daily” column for significant victories on behalf of QAD defeating a stockholder preliminary injunction motion that allowed for its multibillion-dollar sale to Thoma Bravo to proceed, and Nuance Communications securing the dismissal of a shareholder lawsuit and related motion for attorneys’ fees brought in connection with its multibillion-dollar acquisition by Microsoft. The New York Law Journal recognized Jaren as a “Rising Star” for 2017. She is also recognized by Chambers USA in the Litigation: General Commercial (NY) category and by The Legal 500 US in both the General Commercial Disputes and M&A Litigation: Defense categories.

Jaren also has extensive experience with dispositive motion and appellate practice, in various state and federal jurisdictions including the United States Supreme Court. She was a key member of the Paul, Weiss litigation team representing Edie Windsor, pro bono, through all of the stages in the successful challenge to the federal Defense of Marriage Act (DOMA) that resulted in a victory when the Supreme Court struck down DOMA as unconstitutional in United States v. Windsor. Jaren maintains an active pro bono practice, which includes the representation of an individual incarcerated on Alabama’s death row, among other criminal habeas petitions.

On January 20, prosecutors in a 2004 double murder case in Louisiana moved to dismiss all charges against our pro bono client, Darrill Henry, who had been convicted for the crimes in 2011 and sentenced to life in prison.

As reported by the National Law Journal, Paul, Weiss filed an amicus brief in the U.S. Supreme Court on behalf of the American Bar Association, asking the Court to affirm the lower court decisions and reject a request by Students for…

Paul, Weiss was named to The National Law Journal's 2022 “Appellate Hot List” for the fourth consecutive year, as part of the publication’s annual Legal Awards.

Paul, Weiss Recognized by The American Lawyer for Litigation Win

Paul, Weiss Recognized by The American Lawyer for Litigation Win

Litigation partner Jaren Janghorbani and associate Kim Francis were recognized by The American Lawyer’s “Litigation Daily” column for their litigation victory on behalf of Nuance Communications.

Litigation partners Andrew Gordon and Jaren Janghorbani were named “Litigators of the Week” runners-up by The American Lawyer for their trial win for Symbiont.io Inc. in its lawsuit against Ipreo Holdings and IHS Markit Ltd.

Litigation partners Andrew Gordon and Jaren Janghorbani were named “Litigators of the Week” by The American Lawyer in recognition of their trial victory for Channel Medsystems in a high-stakes merger litigation in Delaware.

Paul, Weiss was named Litigation Department of the Year in the Class Action category of the New York Law Journal’s 2017 Professional Excellence Awards.